Smithfield Foods is the world’s largest pork producer farm in the United States. The company announced April 12 that it plans to explore the possibility of […]

Smithfield Foods is the world’s largest pork producer farm in the United States.

The company announced April 12 that it plans to explore the possibility of using its hogs for medical purposes, including growing tissue and organs that can be transplanted into humans. 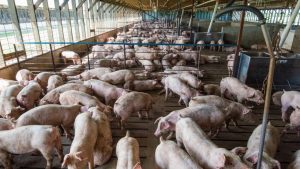 There hasn’t yet been a successful transplant of a pig organ into a human, but recent scientific breakthroughs and advanced technology are making the possibility more likely. To use pig parts — like hearts or lungs — for human transplants, scientists have to edit certain genes to make the organs viable.

“The company hopes to use certain pig parts that usually go to waste, like hearts, to develop organs for humans,” Courtney Stanton, VP of Smithfield Bioscience, says.

“Although we are still in the infancy stage of this new research, we hope to provide elements that will help to facilitate a variety of organ transplants and injury recovery solutions in the future,” she says.

More than 118,000 Americans are on the waiting list for organ transplants, and approximately 22 people die each day waiting on new organs, according to the US Health Resources and Services Administration.