According to a new study by the UK’s Royal Society for Public Health, Instagram is the worst app among all social […]

According to a new study by the UK’s Royal Society for Public Health, Instagram is the worst app among all social media platforms impacting a young peoples’ mental health negatively. 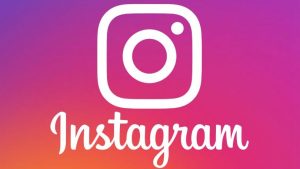 YouTube was the only social media platform that demonstrated an overall positive impact on young people’s mental health in the study.

Young people who spend more than two hours per day connecting on social networking sites are more likely to report poor mental health, including psychological distress, according to the report.

In an attempt to resolve the issue, the Royal Society for Public Health is asking social media platforms to add warning symbols on photos that have been manipulated. “We’re not asking these platforms to ban Photoshop or filters, but rather to let people know when images have been altered so that users don’t take the images on face value as real,” Keracher said. “We really want to equip young people with the tools and the knowledge to be able to navigate social media platforms not only in a positive way but in a way that promotes good mental health”.