Bobbi-Jo Westley, 42, has hips that measure a whopping 95 inches and says she won’t stop growing them until she breaks  the world record– even though she knows it could KILL her. 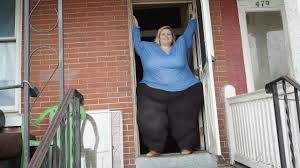 She needs to grow at least four inches to beat the record set by Mikel Ruffinelli, a Los Angeles woman with hips that measure 99 inches wide.

“I understand that I’m putting myself at risk by trying to get the world’s biggest hips,” she tells Barcroft Media, «but it’s just something that I have to do and I take it one day at a time.” 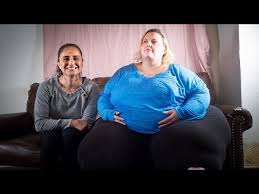 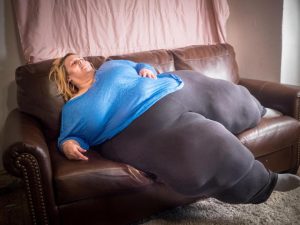 She says she has become accustomed to attention she gets online.

“I get all kinds of presents and messages from my fans. Some of them ask, ‘Will you marry me?’” Westley said, adding that some people have paid her to be crushed by her thighs. «When I get people on social media who say I am fat, I really don’t react to it. Because I am fat.”

She was diagnosed with an underactive thyroid about six years ago and believes the condition is the reason for her weight gain. 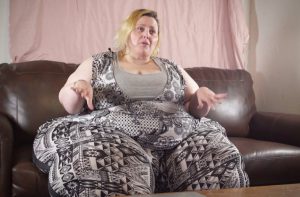 However, her nutritionist Nadia Sharifi, the owner of MyTrimLine Weight Loss and Wellness Centers, remains concerned.

Nadia concluded Bobbi-Jo is a “ticking time bomb” and that she needs to start eating healthily or she could face an early death.

The nutritionist said: “It’s literally a life or death choice at this point. 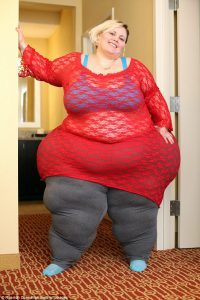 Despite the words of warning, Bobbi-Jo says that her heart is set on being the proud owner of the world’s biggest hips, and that she won’t consider losing weight until she has achieved her dream.