It’s nice when the first minutes of acquaintance with a city or country start with incredible impressions from the airport. It’s the airport […]

It’s nice when the first minutes of acquaintance with a city or country start with incredible impressions from the airport. It’s the airport that sets the mood for further travel and is the distinctive feature of each city.

These air harbors can amaze even the most sophisticated travelers. 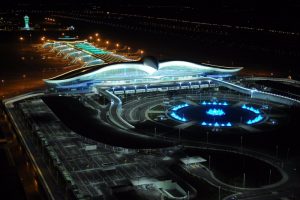 The new Ashgabat airport, designed as a hovering falcon, became not only a new landmark of the country but also entered the Guinness World Records for the world’s largest ornaments image on the roof of the main passenger terminal building. 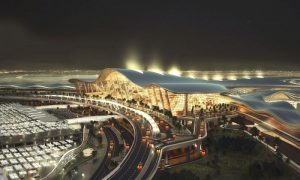 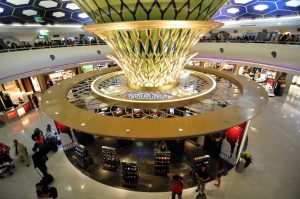 The airport, which looks like a floating ship, is located between Abu Dhabi and Dubai. It fits perfectly into the atmosphere of these luxurious cities. 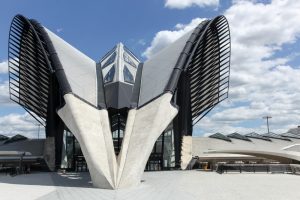 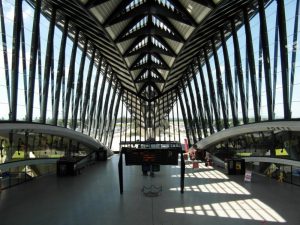 Lyon Airport is named after Antoine de Saint-Exupéry, a world-famous French writer, a native of this city, and a professional pilot. 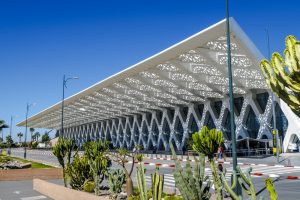 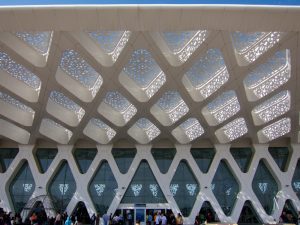 It’s one of the most beautiful airports in the world and is used for domestic, transcontinental, and international flights. It was built on a unique project that united European technologies and traditions of Moroccan culture. 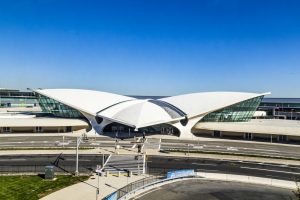 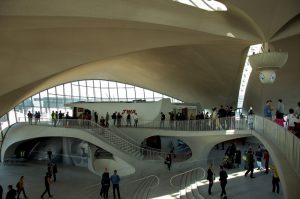 This airport is an abstract symbol of flight. The building is considered one of the most original airport buildings in the world. Inside, it’s even more unusual than outside: there are no clear sides and walls, and everything seems to flow from one to another, symbolizing constant movement. 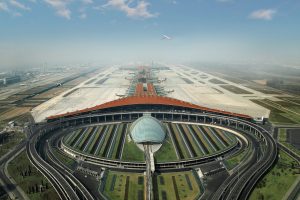 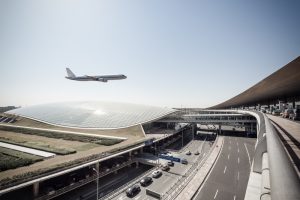 The first airport in China. The outline of the building resembles a figure of a dragon, and the waiting room is decorated with a winter garden (the airport’s design is made in the traditional Chinese style). The airport is the pride of China and a kind of museum of Chinese culture. 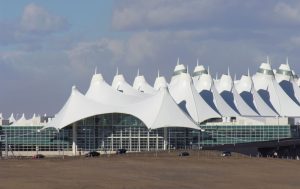 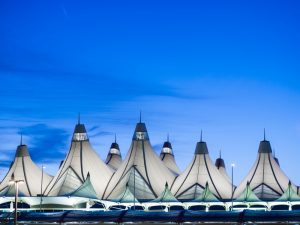 The airport attracts not only by its appearance but also by the surrounding legends. During the construction of the airport, a huge amount of land was exported (as much land was taken away while creating the Panama Canal). This fact makes many people think that there are huge unused premises under the airport, and people managed to create several conspiracy theories. 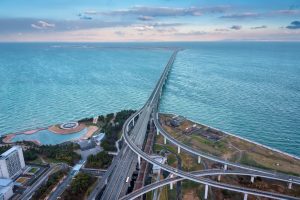 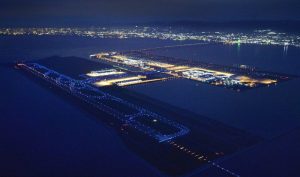 The airport is built on an artificial island. To connect it to the land, the Sky Gate Bridge R was erected. Its length is 3.75 kilometers (12,303 ft), which puts this bridge on the list of the longest double-deck bridges in the world. Kansai is rightfully considered one of the engineering wonders of the 20th century. 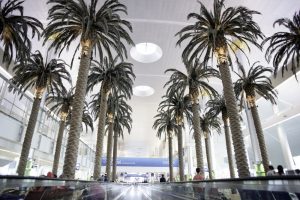 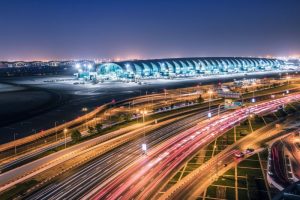 The largest civil airport in the United Arab Emirates, greeting passengers with a real forest of palm trees. There are ten sleeping cabinsin Terminal 1, each of which has a bed, high-speed Internet access, and a large TV. 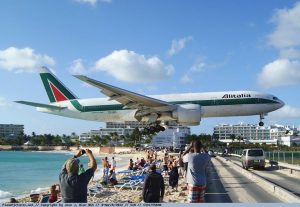 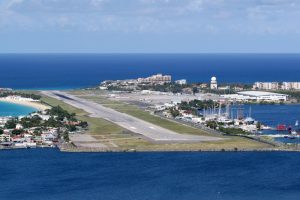 The airport has very low-altitude flyover landing approaches due to one end of its runway being extremely close to the shore and Maho Beach. This offers a spectacular view for tourists.