By Sofia Petkar Published: July 28, 2017 PRINCE William and Kate have been urged not to have a third child in […]

PRINCE William and Kate have been urged not to have a third child in an open letter calling for them to “lead by example” and stop at two children.

The Duke and Duchess of Cambridge are parents to Prince George and Princess Charlotte and speculation has been rife the proud parents could have another baby.

But the royal couple have been told they should not have any more children in a letter written by ‘Having Kids’, an organisation that promotes smaller families.

Citing environmental reasons like climate change, economic equality and the distribution of ‘resources’, the open letter urges Prince William and Kate to “consider forgoing having a third child… in favour of modelling a smaller, sustainable family.” 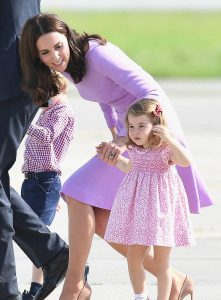 The plea comes just days after 35-year-old Kate, hinted she would like to have another child after being handed a gift for a newborn during the couple’s recent royal tour of Poland and Germany.

On accepting the gift from a well-wisher in Warsaw, the Duchess turned to her husband and said: “We will just have to have more babies.”

Having Kids executive director Anne Green said: “William and Kate have a tremendous opportunity to model their choice of having a smaller family. 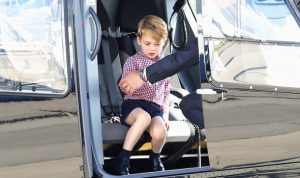 “By doing so, they set an example as to what has the most potential for mitigating climate change and its impacts, including severe flooding, deadlier heatwaves, increase in diseases, and wildlife extinctions.

“Moreover, given the vast economic inequalities in the world today, the couple also has the opportunity to model a simple principle: That every child deserves as fair start in life.”

Acknowledging the couple’s royal status, the open letter says: “We know that Prince George and Princess Charlotte are certain to have wonderful lives, protected from the deprivations of poverty and the threat of environmental degradation.

“They will receive optimal amounts of care and attention, as well as the best possible education.

“But the same can’t be said of every future child.”

The letter echoes the company’s mission statement, published on its website, with the San Francisco-based organisation aiming to promote and protect “every child’s right to a fair start in life by replacing parent-centred family planning models with the child-centred Fair Start family planning model.”

But the letter has sparked outrage with some royal watchers branding the suggestion «ridiculous» and taking to social media to vent their disgust.

One woman write on Facebook: “This is beyond the most ridiculous thing I have ever read.

“If someone wrote a letter to me suggesting how many children I should have, regardless of my societal status, I’d be sure to kindly return the letter, straight into their a**.

“Although there may not be enough room since their head is already so far up their a**.”

On Twitter, one user described the organisation’s attempt to publicise their view as “asinine”.