Everyone loves a trip to the beach. The warmth of the Sun on your skin, the fresh air blowing off […]

Everyone loves a trip to the beach. The warmth of the Sun on your skin, the fresh air blowing off the sea, the soft sand between your toes, the glowing waves, the chunks of ice, and the hot springs are what make a holiday special.

New Zealand’s amazing natural landscape has made it a favorite location for filming fantasy movies, as it has sights found nowhere else on Earth. Dragon Egg Beach may sound like something out of Game of Thrones, but it is a real place and a popular tourist destination. 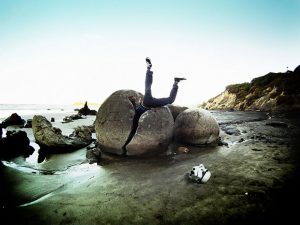 There is a stretch of Koekohe Beach that is dotted with large, spherical boulders. These Moeraki boulders formed 60 million years ago from concretions of mud, clay, and calcite. The boulders formed underground and thus were not smoothed by the motion of the waves. They have only recently been washed out of the cliffs above, from which they roll down to the beach. The boulders are full of erratic cracks, which, once exposed, can break open to give the boulders the look of hatching eggs. 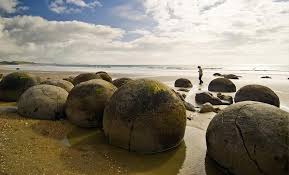 Local Maori legend has the boulders being formed when they first sailed to their new home. One of their canoes was wrecked, and as it sank, baskets and gourds were thrown overboard. The hull of the canoe became the reef that surrounds the beach, while the jettisoned goods became the Moeraki boulders. 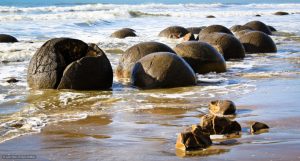 A well known tourist attraction in New Zealand, it is a place to capture probably the best shots.