Stars remember Princess Diana on the 20th anniversary of her death

Published on 01.09.2017by adminon INTERESTING
AUGUST 31, 2017
Princess Diana was only 36 years old when she died following a car crash in the Pont de l’Alma road tunnel in Paris, France, on Aug. 31, 1997.
Diana left behind two sons, Prince William and Prince Harry, her children with Prince Charles, who were just 15 and 12, respectively, when their mother died.
Diana’s sudden death left  the world in mourning.
Today, 20 years later, that mourning continues. 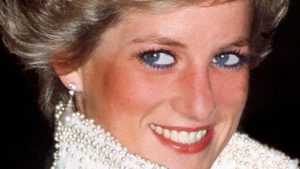 Elton John, who recorded a version of his hit “Candle in the Wind” shortly after Diana’s death to make it about her rather than Marilyn Monroe, wrote on Twitter Thursday morning, “20 years ago today, the world lost an angel.”
“Today marks the 20th anniversary of the sad day when the world lost one of its most wonderful people, Princess Diana. I was lucky enough to get to know Diana, and wanted to share a few words to celebrate her life two decades on,” Richard Branson shared in a post on Virgin’s website.
“Is it really 20 years? She remains a true modern icon: kind, complex, human, spellbinding and able to transcend all barriers.” Luke Evans said on Twitter.
“Amazing its 20 yrs since the passing of Princess Di. I met her once when I was 6, we spoke about Thunderbirds. I still remember it,” Oliver Phelps said.