The Petersen Automotive Museum in Los Angeles has been a must-see destination for car enthusiasts from both near and far. […]

The Petersen Automotive Museum in Los Angeles has been a must-see destination for car enthusiasts from both near and far. Its displays and exhibits not only portray the history of the automobile itself, but that of Southern California’s car culture too.

The museum was founded in 1994 by Robert and Margie Petersen, and was originally inside Los Angeles County’s Natural History Museum.

Its current location started out as a department store, and Robert Petersen thought it would be perfect as a museum because it had very few windows and so wouldn’t let in sunlight that can be harmful to historic artifacts.

The museum covers three floors, with exhibits that usually stick around about three to twelve months before being swapped out for something new.

On a recent trip, I saw displays devoted to Bugatti; to lowrider culture; to Harley-Davidson versus Indian motorcycles; and one with some cross-border content, dedicated to alternate-fuel vehicles.

Alongside such cars as a Detroit Electric, a Honda hydrogen fuel-cell car, an EV-1, and a Fiat converted to natural gas, the display included a 1914 Galt, on loan from the Canadian Automotive Museum in Oshawa, Ontario.

One of two prototypes and the only survivor, the Galt contained a gasoline engine that worked as a generator to power the car’s electric motor – in effect, the same technology that’s used today as the Chevrolet Volt’s backup system.

The museum also curated an amazing display of cars that had won the title of America’s Most Beautiful Roadster.

There was a 1929 Ford that won the very first award in 1950, cars by builders Chip Foose and Boyd Coddington, and a 1923 Ford built very much in the fashion of the times when it won in 1971 and 1975 (a car can win more than once, but must be considerably redesigned and rebuilt each time it enters).

The Petersen Auto Museum is open every day except Christmas, at 6060 Wilshire Blvd  in Los Angeles. And even if you’ve been before, it’s probably changed since then – and it’s time to check it out again.

It a cool place to visit!  There’s a lot to see here! 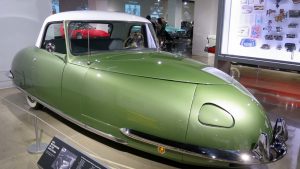 The Davis was a short-lived three-wheeler, built in Van Nuys, California from 1947 to 1949.
PHOTO: JIL MCINTOSH 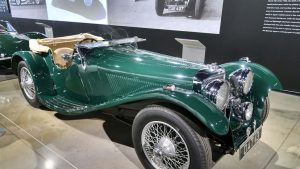 The 1937 Jaguar was known as the “Leaper”  for its first use of the leaping cat hood ornament.
PHOTO: JIL MCINTOSH 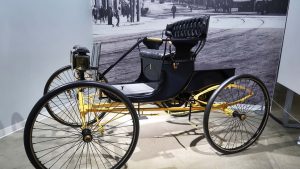 This 1900 Smith was one of one, and the oldest California-built car still in existence.
PHOTO: JIL MCINTOSH 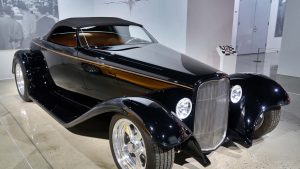 Known as “0032,” this 1932 Ford was built by Chip Foose and twice won America’s Most Beautiful Roadster. 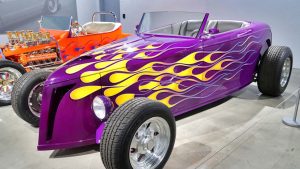 Designed by Thom Taylor and built by Boyd Coddington and Craig Naff, this 1932 Ford won America’s Most Beautiful Roadster in 1989.
PHOTO: JIL MCINTOSH 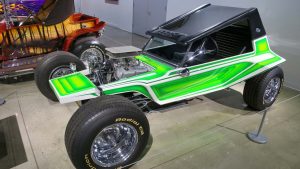 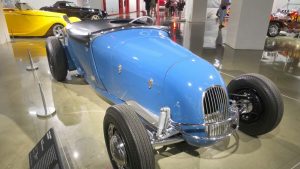 Known as the NieKamp Roadster for its builder, this 1929 Ford was the first America’s Most Beautiful Roadster winner in 1950.
PHOTO: JIL MCINTOSH