Mobile Phone Throwing Is A national Sport In Finland

Mobile phone throwing is actually a national sport in Finland. Competitors meet annually to see who can throw their handset […]

Mobile phone throwing is actually a national sport in Finland. Competitors meet annually to see who can throw their handset the farthest.

The folks over in Finland have not only created an environment specifically for themselves to play out that fantasy, they’ve actually made it into a national sport. 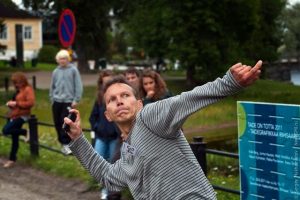 Since 2000, natives of Finland have been flocking to the town of Savonlinna to participate in the Mobile Phone Throwing Championships.

The contestants throw phones that have been donated and provided, and are not allowed to bring their own devices. 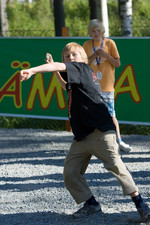 They are, however, encouraged to «choose the phone that fits best to his/her hand or looks the nicest,» according to the official website of the sport.

It further explains: «There are clearly two parties in this; some believe that the heavier phones fly further than lighter ones and others think just the opposite.»

There is an official jury panel that determines the acceptability of each throw and approves the results, with absolutely no appeals allowed.

The longest throws — 97.73 meters (320.63 feet) is tops thus far — are recorded. Though the rules are presented seriously, the entire concept is somewhat tongue-in-cheek.

After all the fun is over, in a fitting nod to the environment, the devices are then recycled.