November 7, 2017 The Duchess of Cambridge gave a glimpse of her emerging baby bump as she attended a gala […]

The Duchess of Cambridge gave a glimpse of her emerging baby bump as she attended a gala dinner for a children’s mental health charity.

Kate, who is pregnant with her third child, was pictured on Tuesday night at the event in Kensington Palace’s 18th-century Orangery.

The Duchess met supporters and those who have been helped by the Anna Freud National Centre for Children and Families (AFNCCF) at a reception ahead of the event, held to celebrate the charity’s work. 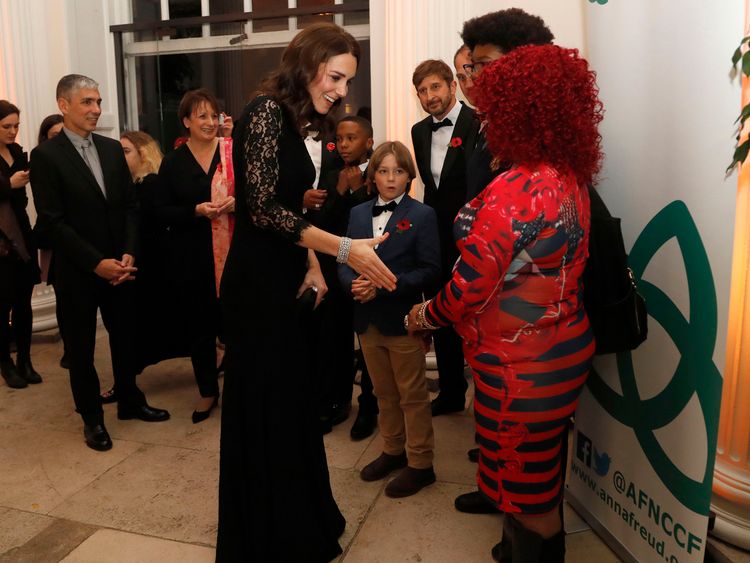 The Duchess, who is patron of the charity, has been suffering from hyperemesis gravidarum — a severe form of morning sickness — but has stepped back into the limelight in recent weeks.

She is now in her second trimester and due to give birth in April.

Among those who spoke to the Duchess was Terell Llewellyn, from west London.

The 11-year-old, who is back in mainstream school after receiving support from the charity, said Kate told him «well done», having previously met him a few years ago.

His father, Wayne Llewellyn, said: “It makes a difference that the Duchess of Cambridge has taken an interest in this. It’s brilliant.”

He added: “There’s a lot of children in London who could do with this kind of help.” 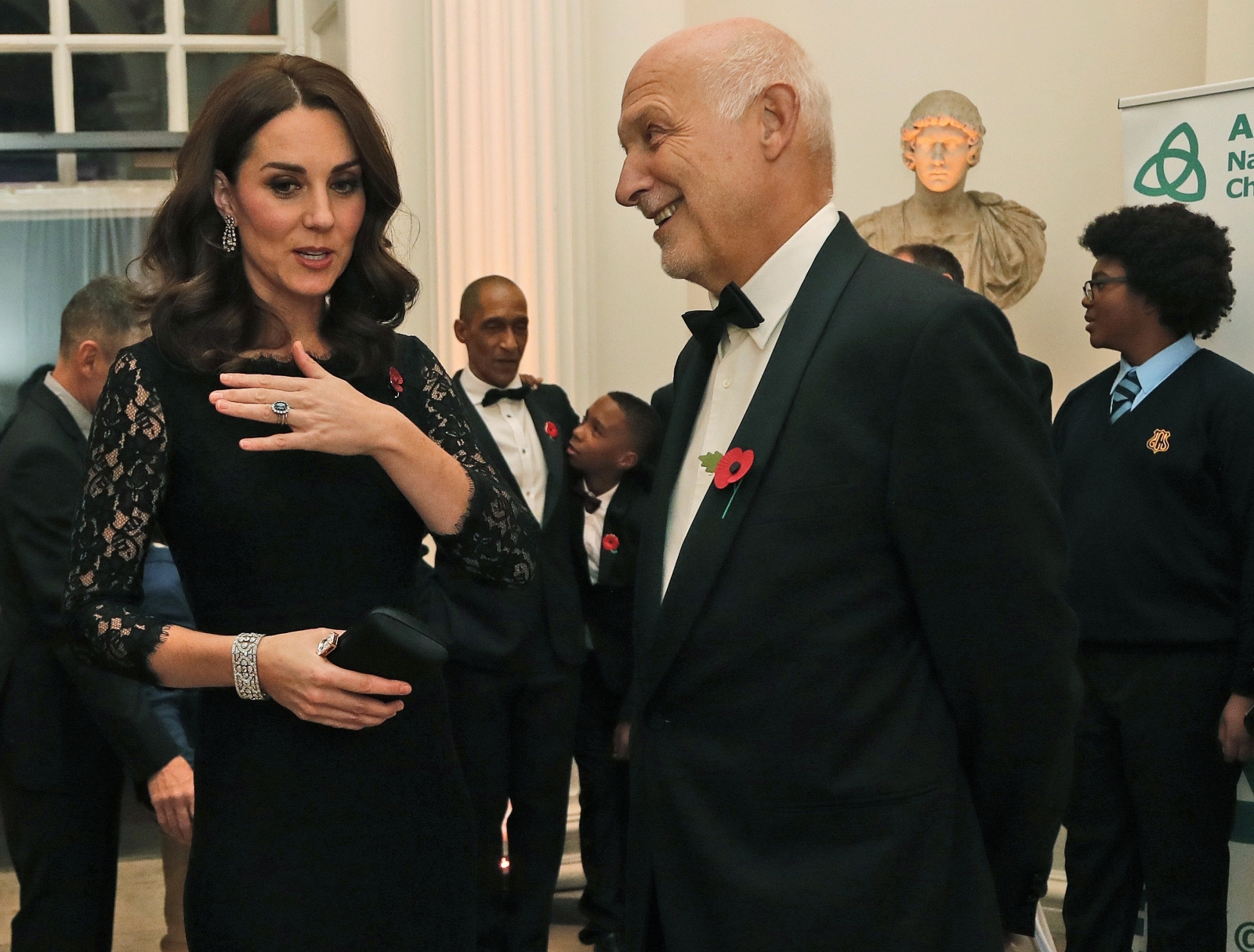 He added: “One of the things that we are interested in is intervening as early as possible in children’s lives to improve their chances of good mental health throughout life.

“She’s particularly concerned that mothers’ mental health plays a major role in this and that we are able to support mothers to support their children.”