One of the greatest of all Anglo-Saxon treasures, the oldest complete Latin Bible in existence, is returning to the UK […]

One of the greatest of all Anglo-Saxon treasures, the oldest complete Latin Bible in existence, is returning to the UK for the first time in 1,302 years.

The Bible was a gift for Pope Gregory II, for whom it was carried off to Rome.

It spent time in both Tuscany and then Florence, where it has been at the Biblioteca Medicea Laurenziana since 1786. The Florentine library agreed to lend the Codex to the British Library for its 2018 Anglo-Saxon Kingdoms exhibition, enabling a long-awaited return. 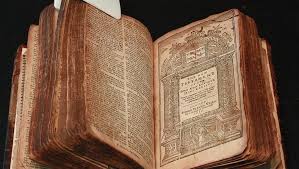 ‘It is the earliest surviving complete Bible in Latin. It has never been back to Britain in 1,302 years but it is coming back for this exhibition. It is very exciting,’ said Claire Breay, the British Library’s exhibition curator, according to The Guardian.

She added: ‘I’ve been to see it once and it is unbelievable. Even though I’d read about it and seen photographs, when you actually see the real thing … it is a wonderful, unbelievably impressive manuscript.’

Part of its power is its sheer size. It is nearly half a metre high and weighs more than 34kg (75lb), and more than a thousand animal skins were needed to make its parchment.