Dec 25, 2017 China is set to open its first solar motorway that can generate electricity under sunlight. The two-kilometre-long […]

China is set to open its first solar motorway that can generate electricity under sunlight.

The two-kilometre-long (1.2 miles) stretch of highway, situated in Jinan, could charge electric cars as they are travelling on it.

The two-lane road could also warm itself up in sub-zero weather to melt the snow on top — so drivers could drive on it more safely. 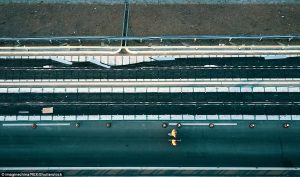 Formed with special weight-bearing solar panels, the road can hold medium-size vans and has strong friction.

Once it’s completed, the highway would be connected to the power grid so it could provide electricity to the city.

The solar highway is formed with three layers.

The uppermost of these is transparent concrete with a feel similar to asphalt.

Then come the solar panels, absorbing the sun’s rays while safely protected from nature.

Below the solar panels is a strip of insulation that makes sure nature doesn’t interfere from the bottom up. 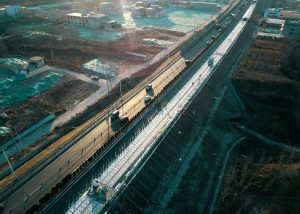 Outside of China, solar roads are nothing new. In 2014, the Netherlands built a bike path fitted with solar panels to generate electricity; a village in the north of France opened a km (0.62 mile) long solar road in 2016. In the U.S. the Missouri Department of Transportation agreed to begin testing solar sidewalks near Route 66.

Solar roadways may have their critics (they are susceptible to being covered by dirt and other debris), but as their efficiency and applications improve, they’re sure to prove their value. And with EVs becoming more popular, the world’s going to need more ways to keep their vehicles charged and ready to go.