JAN 18, 2018 Prince Harry and Meghan Markle are in Cardiff today on their second royal engagement of the year as a […]

Prince Harry and Meghan Markle are in Cardiff today on their second royal engagement of the year as a couple.

The couple’s arrival was delayed around one hour due to a delay on the train they took from London to Wales.

Harry and Meghan are visiting Cardiff Castle today, where they will hear performances from musicians and poets taking part in the Welsh Culture festival. 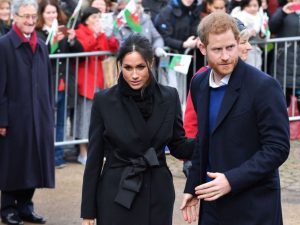 The couple, who announced their engagement in November, are then making their way to a community centre to see how sport is being used to engage young people and aid social development.

Crowds were already gathered at the castle, which opened at 9am, in anticipation of Harry and Meghan’s arrival. 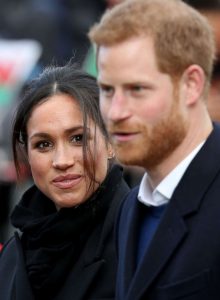 They were presented with a Celtic love spoon, a Welsh tradition, by two children also named Megan and Harry, according to Kensington Palace.