An 8-year-old girl’s first day back at school after a 15-month absence for cancer treatments was a day she will never forget. 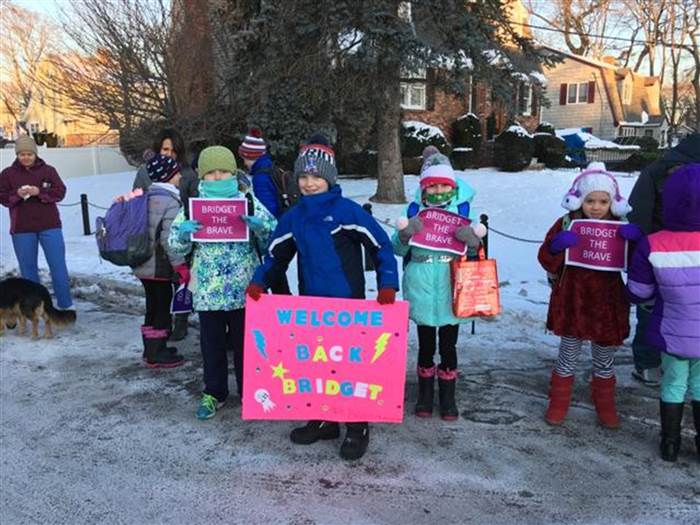 Teachers, police officers, classmates and their parents waited outside of Merrymount Elementary School in Quincy, Massachusetts, for the third-grader’s arrival holding signs of welcome and encouragement.

Bridget Kelley was diagnosed with lymphoblastic leukemia in September of 2016. She spent 88 days in the Boston Children’s hospital undergoing chemotherapy and surgeries. 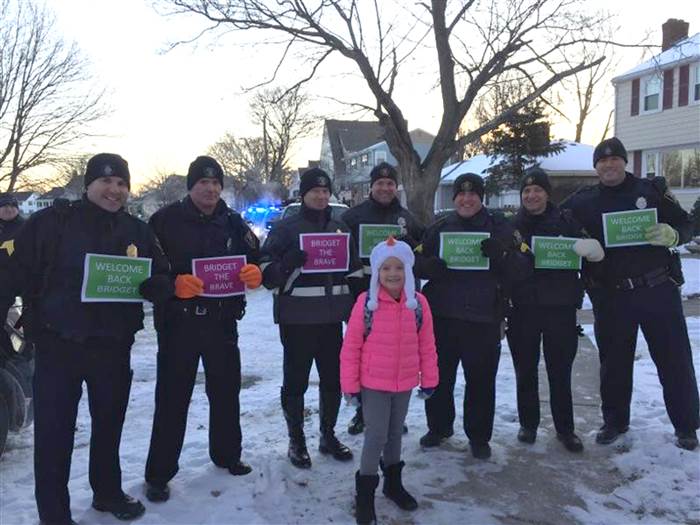 “She had to live in isolation,” Bridget’s mother Megan said. “We couldn’t have anybody in the house. She understood that the cancer was serious, but it was almost more devastating that she wasn’t able to go to school or soccer or dance or birthday parties.”

Megan thought the welcome party would be too much for her little girl who spent so much time alone, but instead, Bridget embraced the crowd and and raised her arms in victory. 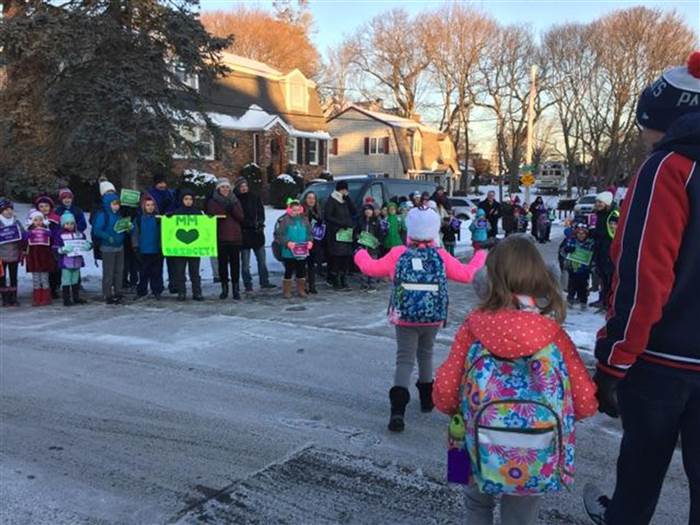 “We had anxiety about sending her back to school because we were so trained to avoid germs, but it was also such a relief,” Megan told Today. “It’s like we’re finally on the upswing now that she’s allowed to come back.”

The heartwarming scene was organized by one of Bridget’s classmates, who originally invited 50 people, but that number grew to more than 150.