108-year-old meets his 1-year-old namesake: ‘You don’t know what this means to me’

Esmond Allcock just turned 108 in January and is now the oldest man in Canada! But while Esmond has had […]

Esmond Allcock just turned 108 in January and is now the oldest man in Canada!

One of the grandchildren, Jenna Lehne from Alberta, just gave birth to a son in January – and she named him Esmond.

“When I found out I was pregnant with my first son, he got on the phone and called all his children to let them know that I was increasing the population. When I got pregnant with my second, he mentioned to my grandmother that he was responsible for 71 descendants and no one had named their son after him. My husband and I had wanted to name our new son after family, and that just sealed the deal.”

When Lehne and her husband took Esmond Jr. to meet his great-grandfather, Esmond Sr. could not contain his joy. 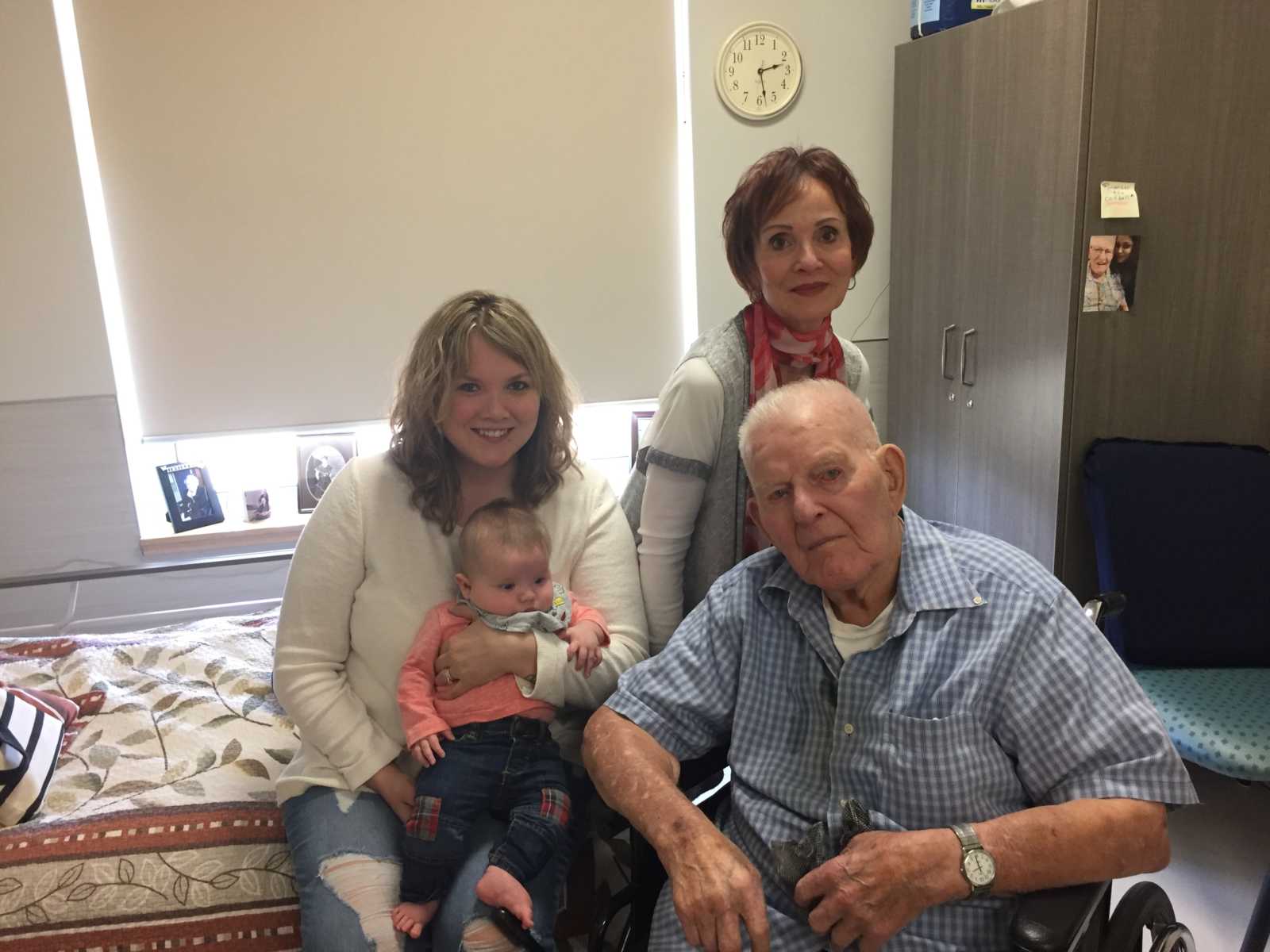 I wish I could fully explain how much it meant to me.

Jenna’s grandma (Esmond Sr.’s daughter) sends him pictures of the baby all the time because he is constantly asking how his little namesake is doing.