An unusual yellow cardinal has birdwatchers racing to Alabama as images of the unique creature have circulated around the Internet and social media.

Charlie Stephenson reportedly first saw the bird in her backyard  in Alabaster, Ala., in  late January.

“I thought, ‘Well there’s a bird I’ve never seen before,’” Stephenson told AL.com. “Then I realized it was a cardinal, and it was a yellow cardinal.”

Stephenson said the bird has been a punctual visitor to her backyard feeder: “Every time we’ve looked for him, he’ll show up at least once a day,” she said to AL.com.

Since then, she said he’s been a returning visitor to her feeder. 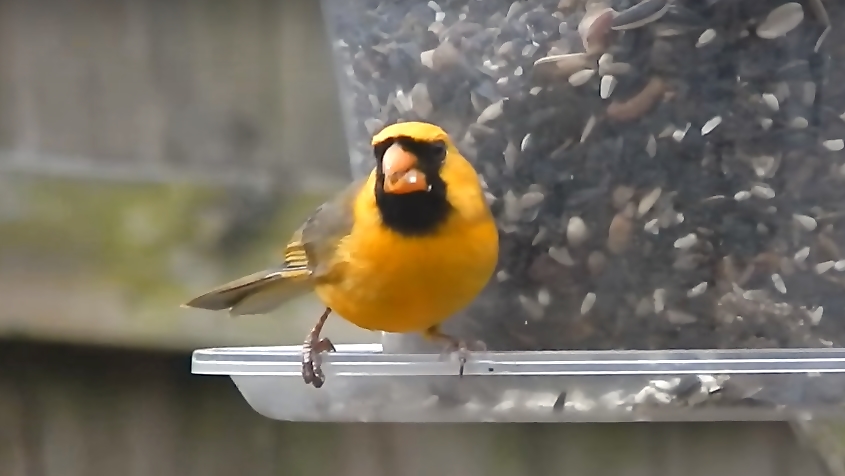 Professional photographer Jeremy Black  was able to capture photos of the unique yellow cardinal which have now gone wildly viral.

Red cardinals are found all across central and eastern North America, according to Cornell University’s Ornithology Lab: “A year-round resident, the cardinal is a common visitor to bird feeders in winter, and it has been chosen as state bird in seven U.S. states.”