Darren Francis, 45, spotted the ‘glistening’ piece of jewelry on the 10.55pm service from Guildford to Waterloo after going for […]

Darren Francis, 45, spotted the ‘glistening’ piece of jewelry on the 10.55pm service from Guildford to Waterloo after going for drinks with friends on Friday.

But as he pulled into Wimbledon, the ring caught his eye and he picked it up. He said: “It was obviously a ring with a big stone in it.” 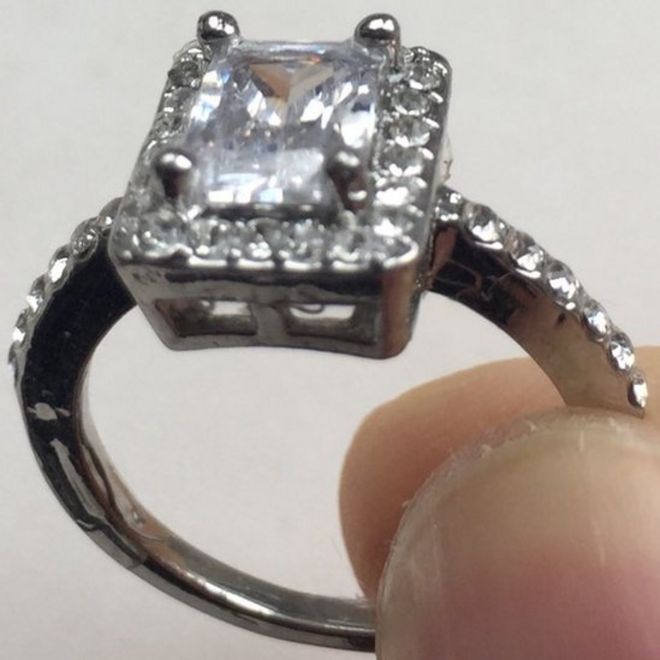 Mr Francis thinks that because his carriage was almost empty, the ring may have been dropped by somebody travelling to Guildford on an earlier service.

After urging Twitter users to help him track down the owner, he asked jewellers to value the ring.

They told him it was most likely made of fake jewels so would not be very valuable — but that if a diamond that size had been real it could have been worth about £10,000.

“Even if it’s not real, I’m sure it could still hold huge sentimental value for someone, so I really hope we can find them.”