Two Australian teenagers are being praised for their quick-thinking after spotting a kangaroo stuck in deep mud.  Nick Heath and […]

Two Australian teenagers are being praised for their quick-thinking after spotting a kangaroo stuck in deep mud.

Nick Heath and Jack Donnelly were riding their motorbikes near the Nepean River on the outskirts of Sydney over the weekend when Jack spotted a tiny animal head poking out from the surface of a mud quarry.

The head belonged to a little kangaroo that had gotten stuck in the muck 100 feet (30 meters) away from solid land.

After rushing home for supplies, Heath wrapped a rope around his waist and waded into the thick mud as Donnelly kept a grip on the tether from solid ground. 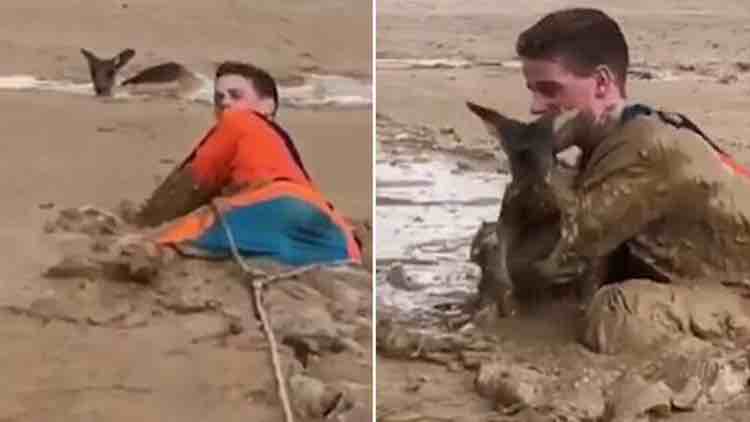 The kangaroo was clearly sick from not being able to access food or water while he was stuck, so the teens contacted WIRES Australian Wildlife Rescue right away.

Though the hapless animal was suffering from dehydration, the rescuers say that it will most likely pull through once it is given proper treatment. 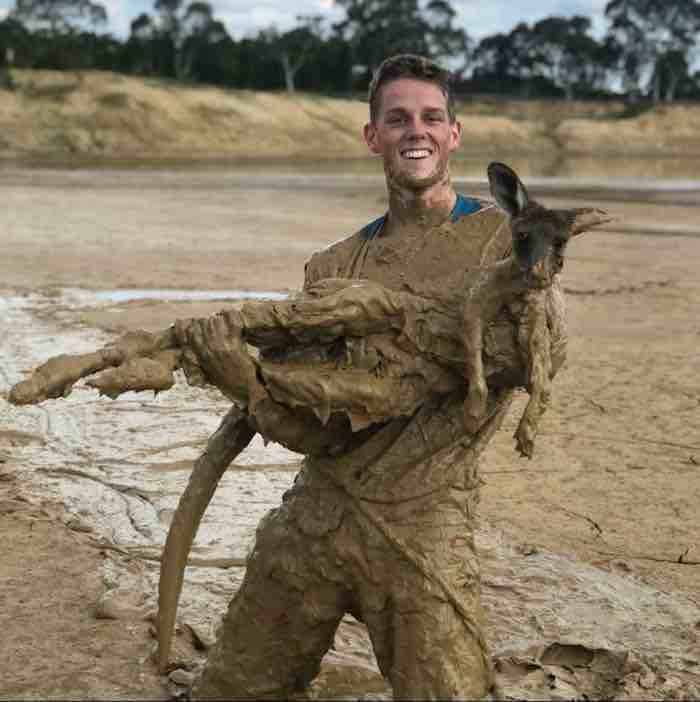 The boys were so fond of the kangaroo, they named him Lucas.

“We just agreed on the name. We liked it; it’s cute,” said Nick.

The boys have received praise from all over, including their own family. Jack’s grandmother, Kerry Reynolds, in particular applauded her grandson and his friend for doing something valuable while having fun.

“The roo’s life was important to us so we went out on an arm and leg and got it,” Heath said. “It’s a pretty patriotic thing to do and we’re proud of what we did. If we saw something like that again, we’ll do it all over again.”