Edible flowers aren’t just about decorating a plate. The colourful petals, too, offer great taste — and can even cause […]

Edible flowers aren’t just about decorating a plate. The colourful petals, too, offer great taste — and can even cause a multi-sensory experience.

Among the most exotic flowers is the Szechuan button, also known as toothache plant for its analgesic properties and buzz button. When eaten, it resembles an electric shock, with a numbing effect on the tongue and lips.

“It tastes like a battery,” says Xavier Petràs, who grows it in his garden in the Spanish village of Olesa de Montserrat. He also sells the flowers at his stall in the iconic La Boqueria food market in Barcelona.

Guillem Galera, partner and owner of the Rasoterra restaurant in the Catalan capital, is one of Petràs’ clients. He dares to cook with the Szechuan button, which he has introduced into a risotto.

One of the first to use this flower as an ingredient was chef Ferran Adrià, with his surprising “electric milk”. Today buzz buttons add a unique flavour to salads, soups, meats and cocktails everywhere.

It’s not all about Szechuan buttons in Petràs’ garden. There are other flowers that can grab your attention, those that taste like wasabi, garlic, mustard, acidic apple or pomegranate. He also grows edible roses. “White is the one that tastes best,” he says.

The Petràs family started the edible flower business 30 years ago. At first, they sold vegetables and customers asked for the flowers of plants such as zucchini or pea. 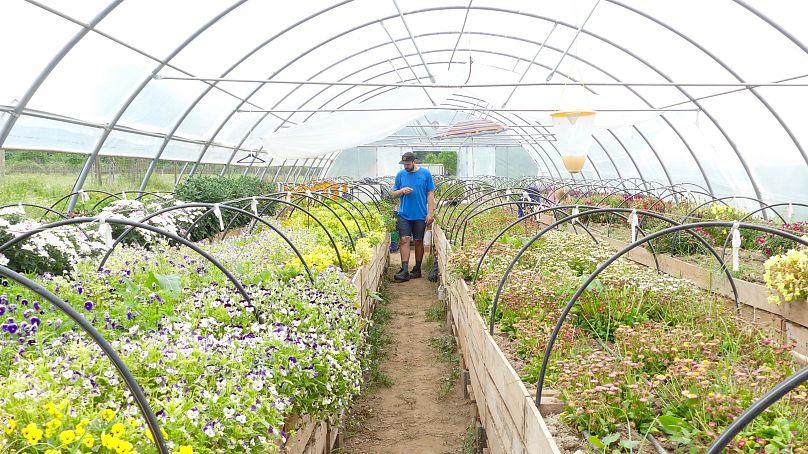 Interest in edible flowers blossomed and 10 years ago they gave a boost to the project — and today they are one of the most specialised producers in Spain. They cultivate 50 different kinds of edible flowers.

Xavier Petràs, 33, who has been in charge of the business since his father’s retirement about eight years ago, explains that they sell the flowers to more than 200 chefs, as well as to customers who stop at La Boqueria market.

“It’s a booming sector. Over the last few years our company has grown progressively and we haven’t yet peaked,” he says. “This increase is due to the rise of creative cuisine,” he notes.

Although well-known chefs are the most, loads of tourists go as well to La Boqueria, where Petràs also sells vegetables, mushrooms and edible insects. 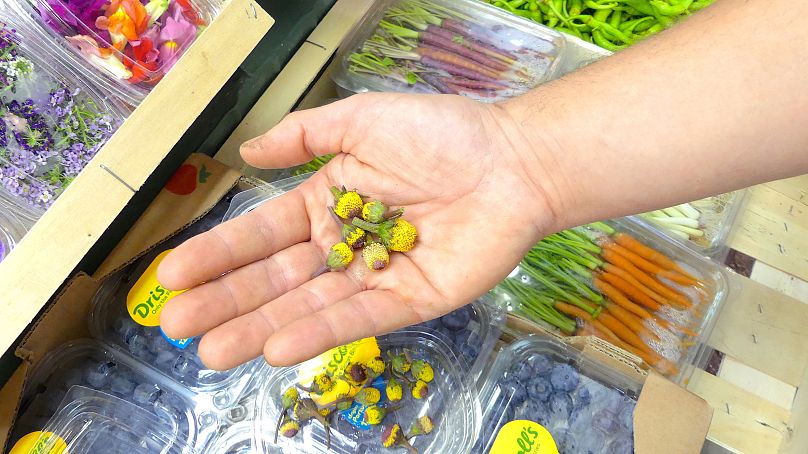 Xavier Morón, chef at Hidden Factory Barcelona, is another of Petràs’ clients. Among his creations is a carnivorous plant in which he introduces a pisco sour cocktail, so that people can drink it with a straw as if the plant were a kind of glass. “We seek to surprise customers,” he says.

Famous Michelin-starred chef Carles Gaig also uses edible flowers when cooking. His restaurant offers shrimp salad with carnation petals and watermelon and tuna tartar with borage. He likes “the fresh and unique acidic touch that flowers give to the dishes”.

Ferran Agüir, chef of El Racó de l’Agüir, prepares a violet ice cream with pansies. Apart from the flavour, he highlights the aesthetic value of the flowers: «We eat with our eyes first and then with our mouth,” he said. Hence the success of edible flowers.