A warning to pet owners: Mushroom poisoning claimed the life of two dogs

When Janna Joyner of Raleigh, North Carolina let her dogs out into her yard to play, she never imagined that there was an unknown danger right in her very backyard. Drago, a three-year-old Saint Bernard, and Adoni, an eight-year-old lab-retriever mix, found Death Angel (Amanita virosa) mushrooms hidden under some mulch in Joyner’s yard. By the time that Joyner realized what had happened, it was too late for the dogs; they both passed away of mushroom poisoning. 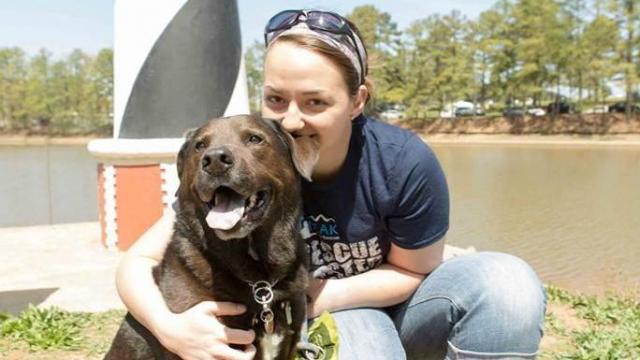 Joyner posted on Facebook, hoping to spread the word about the dangers of mushroom poisoning to other dog owners. The mushrooms, which have a fishy odor and taste to them, contain the toxin Amatoxin. Amatoxin causes liver failure in dogs, and there’s no antidote or cure. All that vets can do is manage the symptoms and hope that the poisoning is minimal enough so that the dogs can recover.

Drago and Adoni had ingested too much to survive, but Joyner’s remaining dogs, who were salivating, vomiting, and struggling to stand, were saved after being rushed to the vet.

It's with a heavy heart I tell you all that I lost two of my pack members yesterday. The main reason I'm posting about…

The mushroom toxin is fast-acting, taking just 24 to 48 hours to kill a dog. Even more alarming is the fact that these Death Angel mushrooms crop up in the spring. The mushrooms can vary in both color and length – to be safe, dog owners are advised to remove any and all mushrooms from their yards.

If you allow your dog to roam in your backyard unsupervised, this story is an important reminder to regularly explore your yard and look for potential dangers. Garbage, chemicals, and mushrooms are just a few of the hazards that you should keep away from your dog.

While Drago and Adoni’s deaths are tragic, hopefully their story will help alert other dog owners to the dangers of mushroom poisoning and potentially save some lives.