Dog Brings A Leaf To ‘Buy’ Himself Treats At The Store

Negro the dog is the furry campus resident of the Diversified Technical Education Institute of Monterrey Casanare in Colombia. For […]

Negro the dog is the furry campus resident of the Diversified Technical Education Institute of Monterrey Casanare in Colombia.

For the last five years, he has been a watchful companion to all of the students throughout their studies. In exchange for his presence, the faculty provides him with food, love, and a safe place to sleep.

During Negro’s time on campus, however, he noticed that some of the students were giving green pieces of paper to the campus shopkeeper in exchange for cookies. Intrigued by the economic exchange unfolding before him, the clever canine decided to try something similar.

“He would go to the store and watch the children give money and receive something in exchange,” teacher Angela Garcia Bernal told The Dodo.

“Then one day, spontaneous, he appeared with a leaf in his mouth, wagging his tail and letting it be known that he wanted a cookie.” 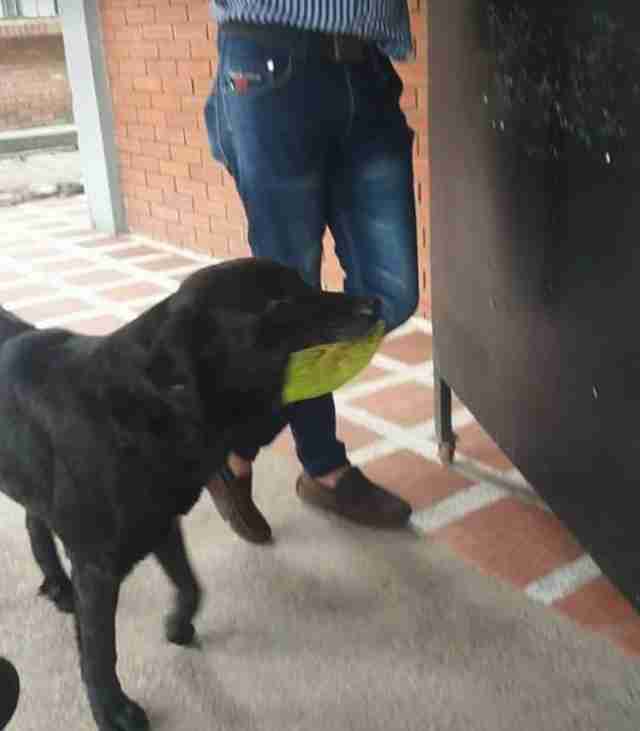 The shopkeeper then took the leaf and gave him a cookie in return as a reward for his impressive ingenuity.

“He comes for cookies every day. He always pays with a leaf. It is his daily purchase,” Gladys Barreto, a longtime store attendant, told The Dodo. 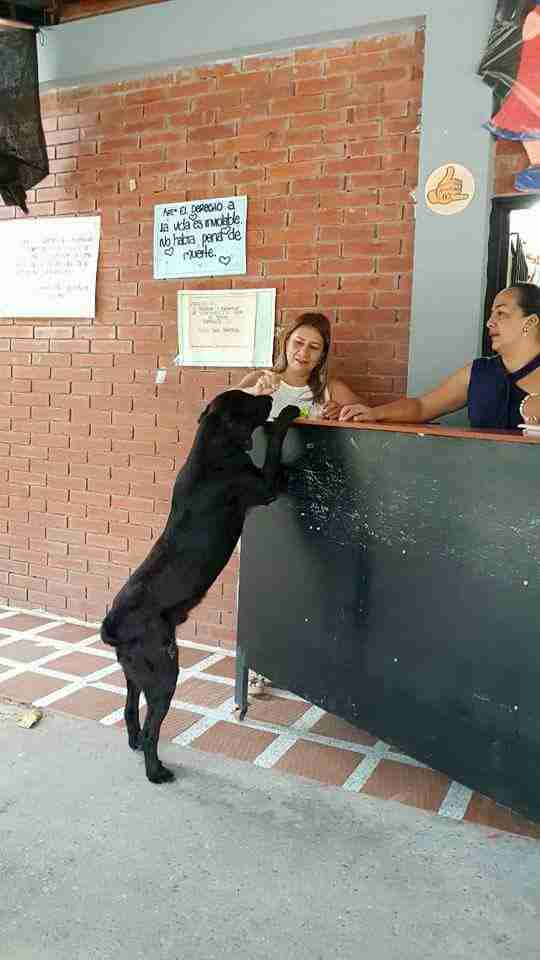 Now even though Negro is adorable, workers at the school are sure to not let the pup overindulge. They only feed him treats that are dog-digestive friendly, and they limit the amount of  “purchases” he can make in a day so he doesn’t get too rotund.

“When you first see it, you almost want to cry,” said the store attendant. “He’s found a way to make himself understood. He’s very intelligent.”

He’s become somewhat of a celebrity on the school’s official Facebook page, as well.