Identical twin brothers Josh and Jeremy Salyers became famous all around the web after pulling out an incredible proposal for identical twin sisters Brittany and Briana Deane on February 2nd.

The couples got married in a ceremony themed “Twice upon a Time” that coincided with the 2018 Twins Days Festival in Twinsburg. “Marrying twins is something that’s very important to us.

“Even when we were little girls, I can remember being in kindergarten, knowing that this is what we saw for ourselves.” 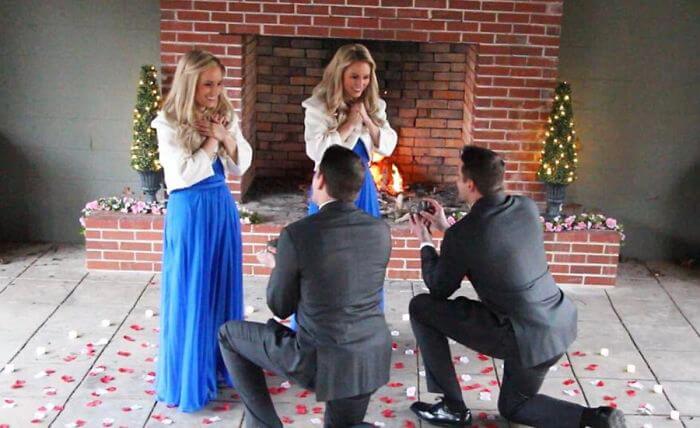 And the same is true for Josh and Jeremy; apparently, they vowed not to marry unless they fell in love with identical sisters, saying that it’s hard to date people who don’t understand the twin bond.

The pairs first met at last year’s Twins Day Festival, the largest annual gathering of twins in the world. In the much-fantasized wedding, the beautiful brides wore matching dresses while the grooms looked handsome in identical tuxedos. 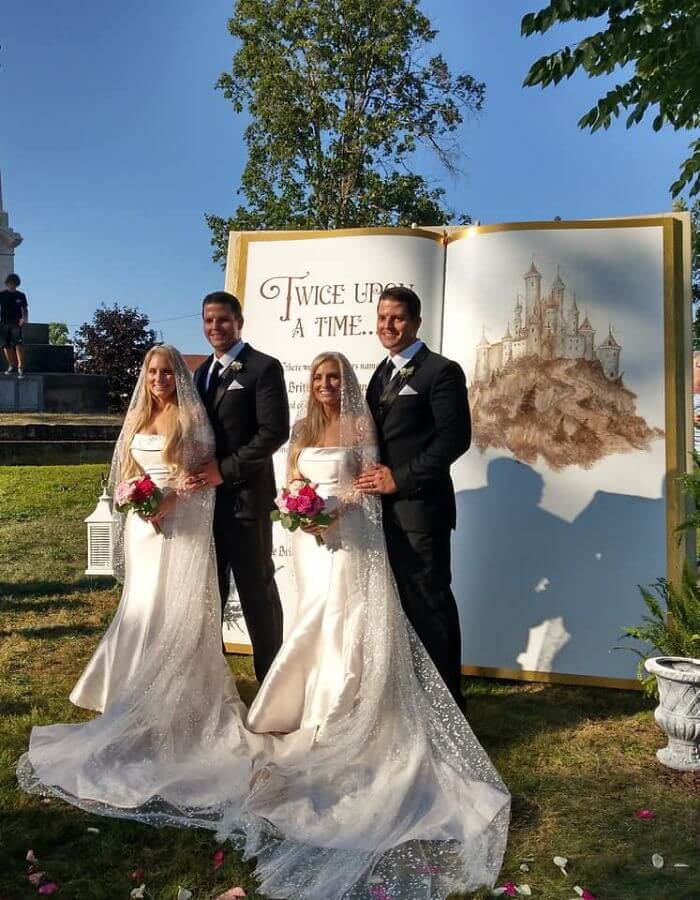 The couples are now planning to live their fairytale lives in the same house where they’ll raise their kids altogether. 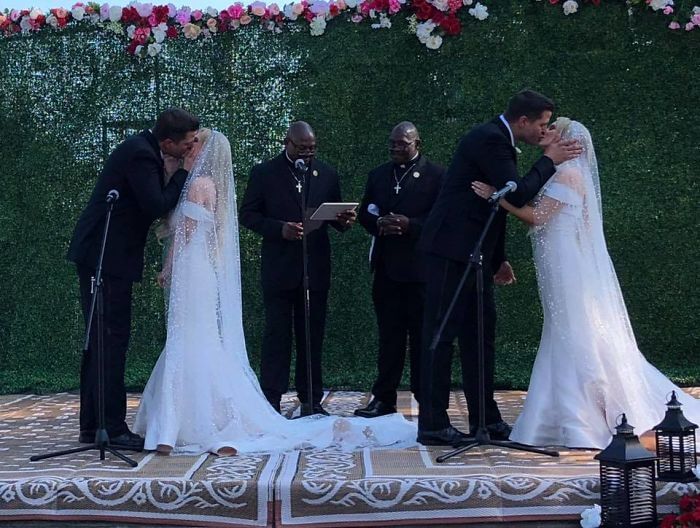 “When we have children, my and Josh’s children will be genetic siblings to Briana and Jeremy’s children,” Brittany says.

“Even though they’re cousins, they’re technically genetic siblings. We imagine it will be like two moms and two dads all raising our families together.”