Alyssa Carson, from Louisiana, has completed sub-orbital “space preparation” training with the hope of one day becoming a fully-fledged spacefarer. […]

Alyssa Carson, from Louisiana, has completed sub-orbital “space preparation” training with the hope of one day becoming a fully-fledged spacefarer.

And while the teenager is still a long way from becoming a NASA astronaut, the space-obsessed teen will be the perfect age when the agency launches its first manned mission to the Red Planet in 2033.

If all goes to plan, Alyssa hopes to be the first person to set foot on Mars, before spending two or three years colonising the barren land around her landing zone and then returning to Earth. 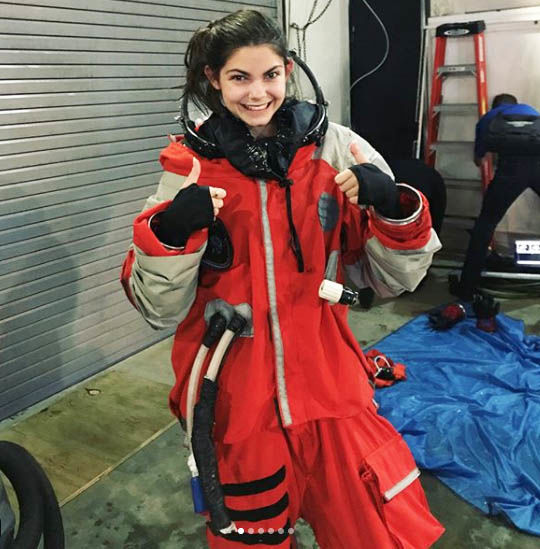 The teen said her obsession with space travel began when she was just three years old: “I started watching videos of rovers landing on Mars. I had a gigantic map of Mars in my room I would look at. We started getting telescopes so we could look at space.”

And after meeting a veteran astronaut at age nine, Alyssa knew she wanted to travel into space.

She said: “I did the same thing as other kids, like switching my mind about careers, wanting to be a teacher or the president one day.

“But the way I always thought about it was I would become an astronaut, go to Mars, come back, and then be a teacher or the president.”

Selection for NASA’s astronaut training scheme is notoriously difficult, with fewer than one percent of applicants making it on to the program.

But Alyssa will be 32 — an ideal age to travel into space — when NASA prepares to launch its first Mars mission in 15 years time. 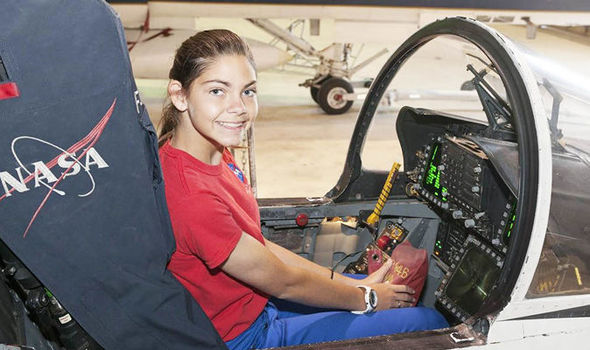 Past candidates have ranged in age from 26 to 46, with the average age being 34, the agency said.

In anticipation of her dream job, Alyssa has already undergone a tough training scheme to prepare her for flight 60 miles above the Earth, learning survival skills, oxygen deprivation and how to complete tasks in a microgravity environment.

And to ensure she can communicate with her future crewmates, she is also learning three extra languages: Chinese, French and Spanish.

NASA is currently in the early stages of planning its first manned mission to Mars, with experts developing new rockets capable of getting a spacecraft there — and back to Earth again.

As part of the Mars program, the US space agency plans to build a new space station near the Moon which will allow crews to resupply on their way to the Red Planet.

Astronauts will be forced to deal with extremely hostile conditions when they reach Mars, from temperatures which plummet to minus 60 degrees to potentially lethal levels of solar radiation.