Julie and Rich Morgan lived in Battle Creek more than 20 years ago, but never forgot how much they loved Steve’s Pizza. In a Facebook post, Julie wrote that it’s the “gold standard”  they compare other pizzas to (though no others make that grade). 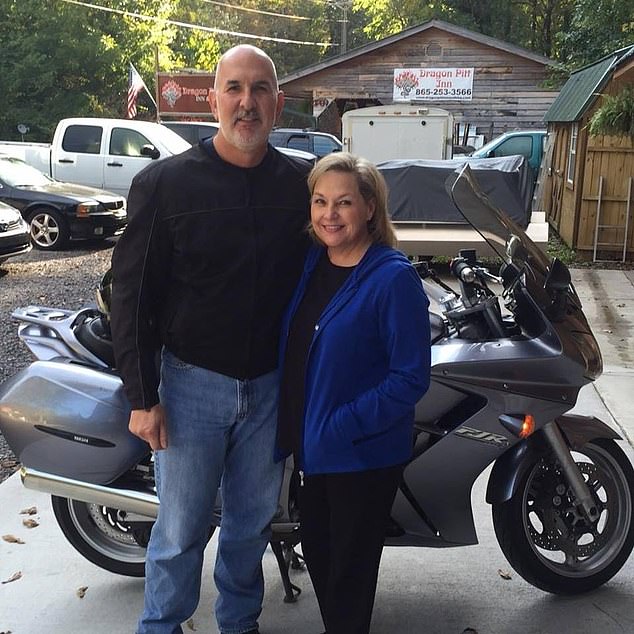 They were planning a weekend getaway to Battle Creek so they could once again enjoy it, but Rich fell ill and ended up in the emergency room. Days later, he was diagnosed with an advanced stage of cancer. He went into hospice care in Indianapolis.

That’s when Julie’s father, David Dalke, secretly contacted Steve’s Pizza and spoke to a manager, 18-year-old Dalton Shaffer. He explained the situation to Shaffer and said a card from the pizza shop would lift their spirits.

Shaffer, who got the call as he was wrapping up work for the night, had a better idea: He offered to deliver a pizza to the family.

Shaffer made the 225-mile drive from Battle Creek to Indianapolis, arriving around 2:30 a.m.

He brought the family a pepperoni and mushroom pizza.

“The family came up, gave me a hug and everything like that, and it was cool,”  Shaffer says. “The expression on their faces and everything was really cool.”

Julie posted about the special delivery on Facebook, saying she was “beyond overwhelmed and humbled” by the “unbelievable kindness of a stranger” — Shaffer.

“Dalton brought our family so much joy — and the best pizza in the world — at a really difficult time,”  she wrote. “While ‘thank you’ hardly seems adequate — from the bottom of my heart, thank you, Dalton from Steve’s Pizza in Battle Creek, MI for making your epic middle of the night pizza delivery!”