This is the stunning moment a pair of vicunas appear to hug as they smash into one another in a violent turf war in the remote Atacama Desert.

The feisty animals, which are distant relatives of llamas, can be see scrapping and biting at one another as they engage in the heated duel.

Henrique Olsen de Assumpção, 24, who witnessed the startling events unfold on in the Atacama Desert in Northern Chile, said he was thrilled to be in the right place at the right time.

The photographer, from Porto Alegre, Brazil, said: ‘The photos were taken as the sun was setting, The golden light matches that of the animals.

‘I was going to the mountains by the car when I took a sandy path that leads to the Altiplanic lagoons to see the sunset from there.

‘Suddenly, in the middle of the road, a vicuna crosses the sandy path and begins a territorial fight with another one.’ 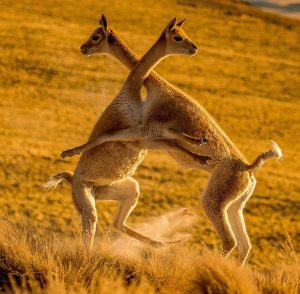 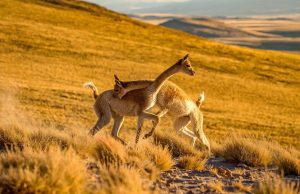 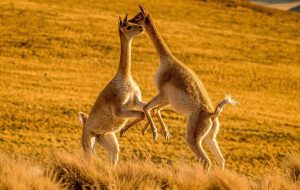 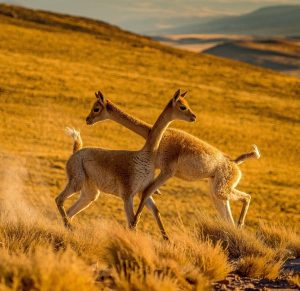 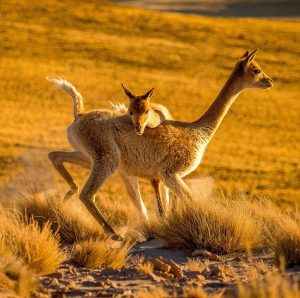