A man in New Jersey found himself at the center of a dramatic rescue when he discovered a sick deer in the woods. However, you’ll never guess what was wrong with the creature!

The man was enjoying a leisurely stroll through the woods when he stumbled across an oddly-shaped figure in the underbrush. It appeared to have the body of a young buck, but its head was round and… plastic?

Upon further investigation, the man realized that the deer had gotten his head stuck in a plastic light fixture. It was shaped like a dome, so from a distance, the deer seemed to have a monstrously rounded head protruding from a skinny body.

Concerned for the buck’s safety once he understood his predicament, the man rushed home and contacted the New Jersey Division of Fish and Wildlife. They referred him to the Monmouth County SPCA (MCSPCA), and workers agreed to follow him into the woods to help the deer.

When they got there, they were able to subdue the animal with a sedative and gently remove the dome from its head. To their surprise, however, the ordeal wasn’t over. Even though MCSPCA left the scene and returned to their offices, the man had to call them back after just a few hours.

The deer was on the ground, and he wasn’t moving.

“It was determined later that the buck had not had access to food or water for almost 5 days,” the MCSPCA would later reveal in a press release. 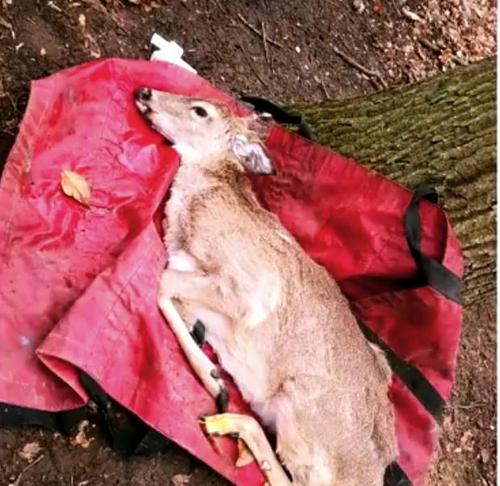 Starved and dehydrated, the deer could only flop on his side and breathe heavily. The light fixture had prevented him from grazing, and his herd had probably rejected him for his strange appearance, so he didn’t receive any help there.

“Certain species will treat members as outcasts if they look different or are injured,” they explained. 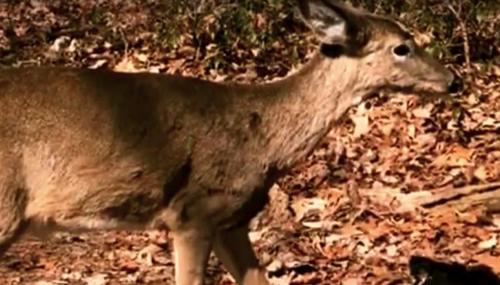 The MCSPCA rushed to administer life-saving fluids, and thankfully, they worked. The deer was able to raise his head and stagger back to his feet. He returned to the woods, and according to the MCSCPA, he hasn’t been seen since.