Austin Perine is not your typical superhero. Oh, sure, he looks the part, with his signature cape flapping against his […]

Austin Perine is not your typical superhero. Oh, sure, he looks the part, with his signature cape flapping against his blue shirt.

He has an arch nemesis, as all good heroes must. He even uses a catchy name for his heroic alter ego: President Austin. 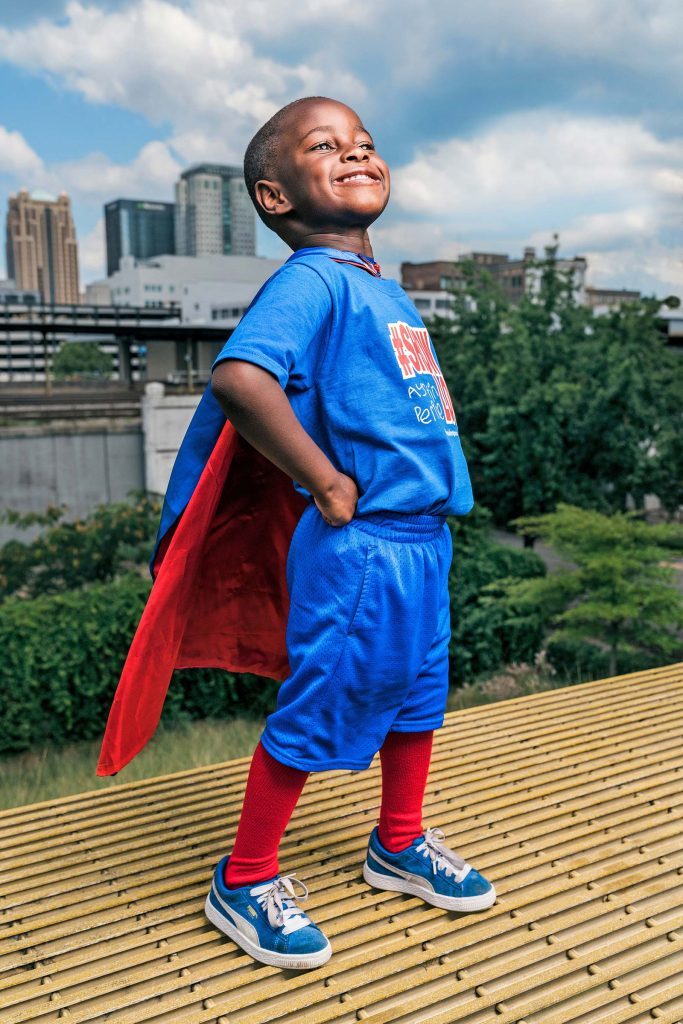 Our hero’s origin story started this past February in the Perine family living room in Birmingham, Alabama. Austin and his father, TJ Perine, were watching a program on Animal Planet about a mother panda leaving her cubs. “I told him that the cubs would be homeless for a while,” TJ says. “Austin didn’t know what homelessness meant, but he was sad and wanted to know more.”

Seeing this as a teachable moment, TJ took Austin to the Firehouse Ministries, a local shelter that provides housing, food, and other services for chronically homeless men. As they drove by the redbrick building, they saw a group of 25 homeless men standing on the street corner. “Dad, they look sad,” Austin said. “Can we take them some food and make them smile?” 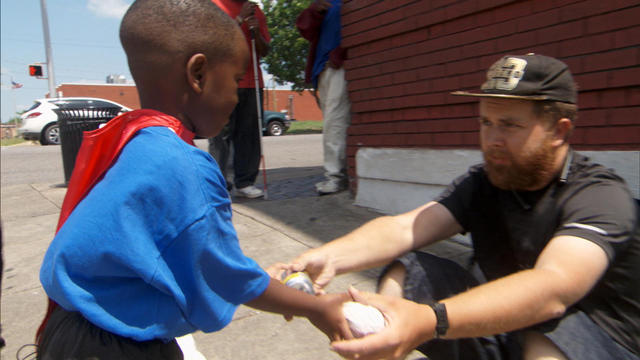 That day, Austin used his allowance to buy each man a Burger King sandwich and handed the food out himself. Seeing what their presence meant to the men at the ministry, Austin and TJ returned the next week. ­Austin again dipped into his piggy bank to buy sandwiches, which he handed out along with his new catchphrase, “Don’t forget to show love!”

After he returned every week for five weeks, word of Austin’s acts of kindness spread through social ­media and national news outlets. Burger King jumped aboard, agreeing to  donate $1,000 a month for an entire year toward the cause.

Soon, churches and shelters across the country began inviting Austin to come distribute food in other poverty-prone areas. He’ll have visited at least 15 locations by the end of this year, including Skid Row in Los Angeles and parts of Puerto Rico affected by Hurricane Maria. Whereas before Austin and TJ could feed 25 to 50 people at a time, now, thanks to corporate and community support, they can feed 800 to 2,000 people at once.

Austin’s new plan is to build a rehab center for the homeless.

“I want to have a location for people to have a second chance. I want them to be able to have the resources that they need in order to integrate themselves into the workforce and be a successful employee and get some insurance to be able to take care of themselves,” said Austin.

For Austin, feeding the homeless is the highlight of his life.