Legendary Queen singer Freddie Mercury was born Farrokh Bulsara in Stone Town, Zanzibar, Tanzania, and he grew up in India before moving […]

Legendary Queen singer Freddie Mercury was born Farrokh Bulsara in Stone Town, Zanzibar, Tanzania, and he grew up in India before moving to Middlesex, England. There, he got a job as a baggage handler for British Airways at Heathrow Airport to earn money until his music career took off.

Queen is getting new life because of the Freddie Mercury biopic Bohemian Rhapsody that came out this October. Tributes have been pouring in, from the touching to the unusual. 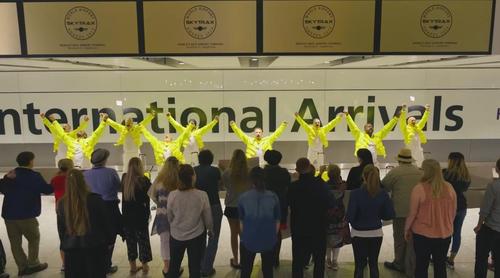 The latest tribute comes from British Airways. They are celebrating what would have been Freddie’s 72nd birthday in partnership with the movie. The company recruited current baggage handlers to perform in Freddie’s honor. It looks like the staff is having a great time hamming it up!

They wear fake mustaches and “perform” with wheeled suitcases in tow.

Other staff members and surprised travelers can’t help but smile at their antics. 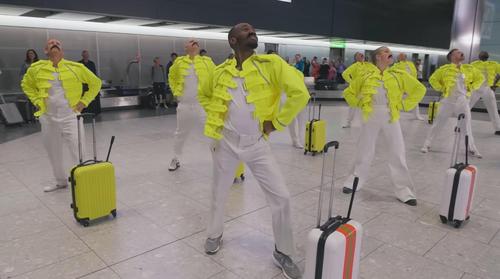 Baggage Manager Adam Dewey, who took part in the performance, said that he is a huge Queen fan.

“Freddie Mercury is an undisputed rock legend and it has been an absolute blast planning his birthday celebrations at Heathrow Airport, where he once worked,” Adam said. “Myself and the other baggage handlers taking part have put everything into these dance routines and we can’t wait to see the faces on holidaymakers when they strut their stuff in the arrivals hall.”

Check out the amazing performance for yourself in the video below!