December 16, 2018 A veteran’s love letter, written in 1954 and discovered inside a Walmart in Georgia, was reunited with […]

A veteran’s love letter, written in 1954 and discovered inside a Walmart in Georgia, was reunited with his family on Friday, thanks to the persistence of store employees.

The 64-year-old letter was found three weeks ago on the floor by store associate Dakota Lovain, who is a National Guard Member. The letter was written by Max Holcomb to his sweetheart Martha Young during his service in the U.S. Air Force.

In the letter, Holcomb wrote about how he was anxious to come home in two weeks and asks Martha’s parents for her hand in marriage. 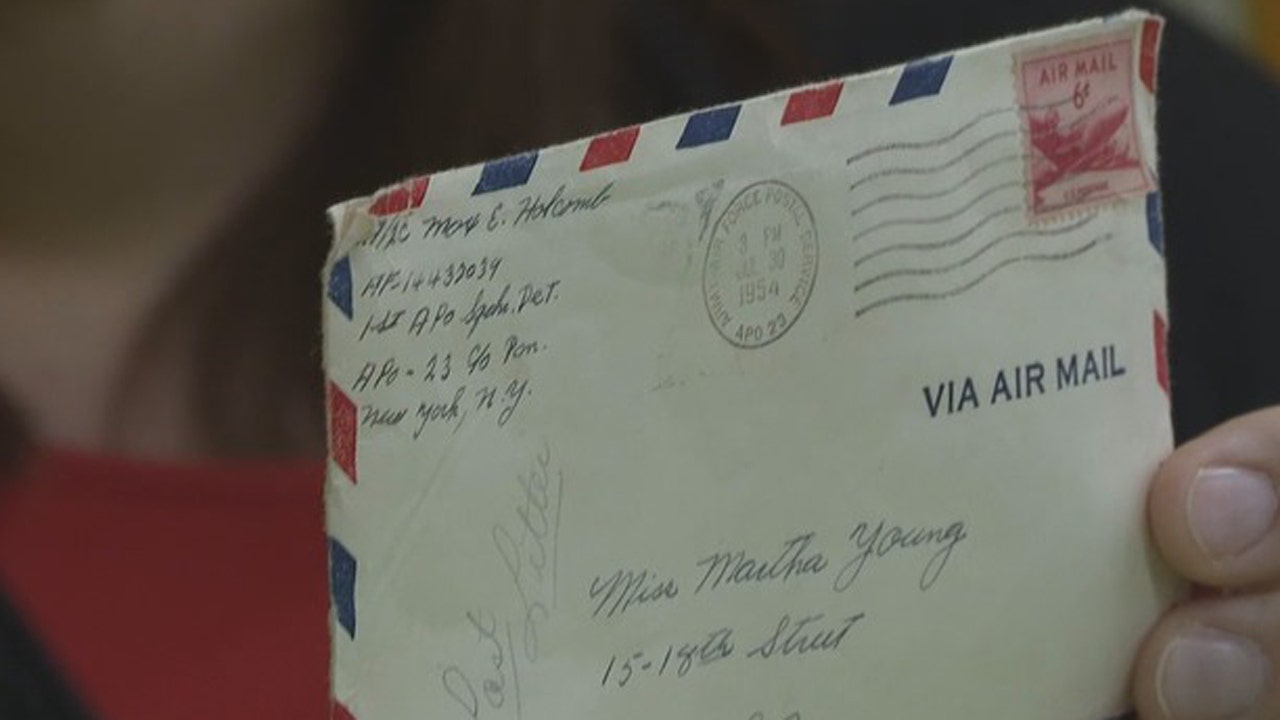 “This is someone who has held on to these letters for 64 years and that type of love is untouchable. I’m so excited. We need to find them,” said Jennifer Hendrix, an employee at the Dalton Walmart.

“I was immediately connected from the first line of this I read, and I knew I had to find this family,” she said.

After the story aired on a Chattanooga television station, a tip came in that led Hendrix to Jason Holcomb, the grandson of Max.

“I sent him a message through Facebook that he didn’t receive. The message I got back from him immediately was — can you call me? And he left his phone number, and I was very nervous, shaken.” Hendrix added.

Jason Holcomb said he was shocked to receive the call.

Max and Martha have since passed, but their grandson Jason said the couple was “inseparable.”

“They were defiantly selfless people, they were, they always thought about each other before they did anything,” Holcomb said.

While family members and store employees are still not sure how the letter ended up on the floor of the store, it’s now in safe hands.

On Friday, Holcomb and Hendrix will be at Walmart Neighborhood Market at 98 West Walnut Avenue to share the letter and pictures of his grandparent.