Jan 30, 2019 Recently, a marathon took place in Thailand and Khemjira was one of the runners. In the middle […]

Recently, a marathon took place in Thailand and Khemjira was one of the runners. In the middle of the race Khemjira noticed a small, trembling puppy just off the track.

The other runners were trying to avoid the frightened Bangkaew, or Thai wolf dog.

But while the rest of the athletes ignored the poor dog and kept on running, Khemjira realized she couldn’t just leave him behind. 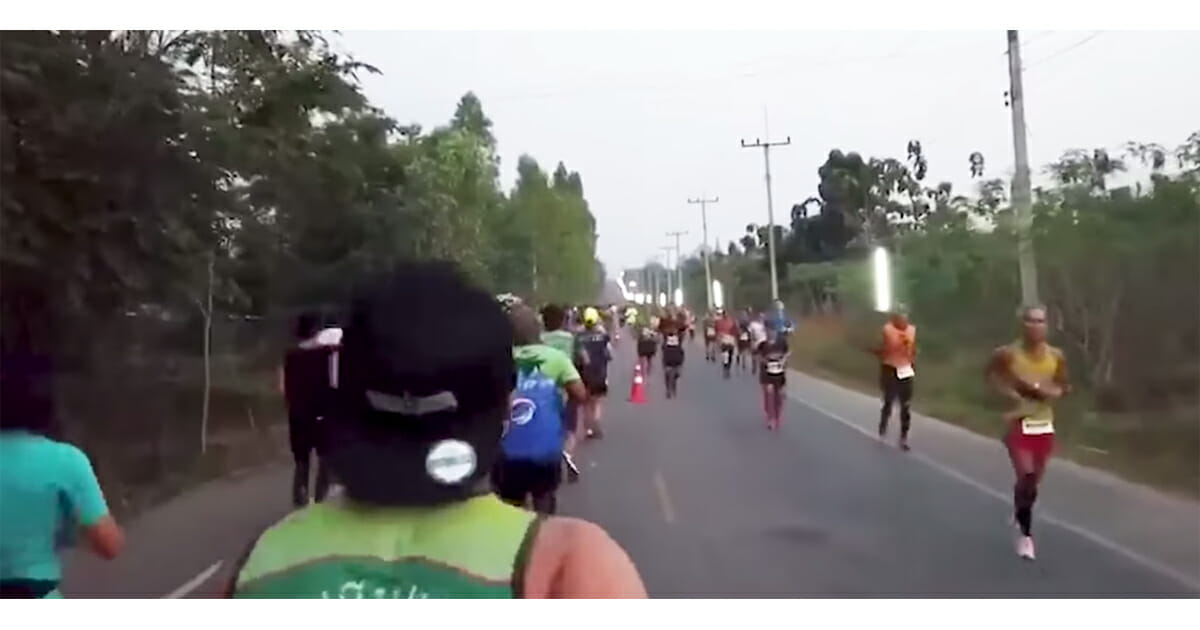 So, she slowly approached the puppy and kneeled in front of him, bringing her run to a temporary halt. Since there were no residences or neighbors nearby, it was clear to her the dog was either a lost stray or abandoned animal. She knew he wouldn’t survive the scorching climate on his own but she was still in the middle of the marathon for which she’d been training.

In the ultimate show of compassion, Khemjira picked up the puppy and shielded him from the sun with her towel. Instead of quitting the race, she ran with the adorable dog underneath her arm for 19 more miles!

Khemjira crossed the finish line while cradling the puppy. She took him home and tried finding his owner, but no one came forward to claim him.

This amazing story doesn’t end there, though. Khemjira adopted the puppy and named him Chombueng, after the race she was running in when she found him.

Watch the heart melting video below: