In Kenya, the vast majority of leopards have a light coat with dark spots. A tiny minority of them have […]

In Kenya, the vast majority of leopards have a light coat with dark spots. A tiny minority of them have a genetic mutation called melanism that causes them to appear all black in the daylight. According to San Diego Zoo Global, the spots show up in infrared imagery at night.

A wildlife photographer has captured incredible photos of an extremely rare black leopard roaming in Kenya. British photographer Will Burrard-Lucas managed to get once-in-a-lifetime images of the elusive animal, the first time anybody has secured a photo of one in nearly 100 years. 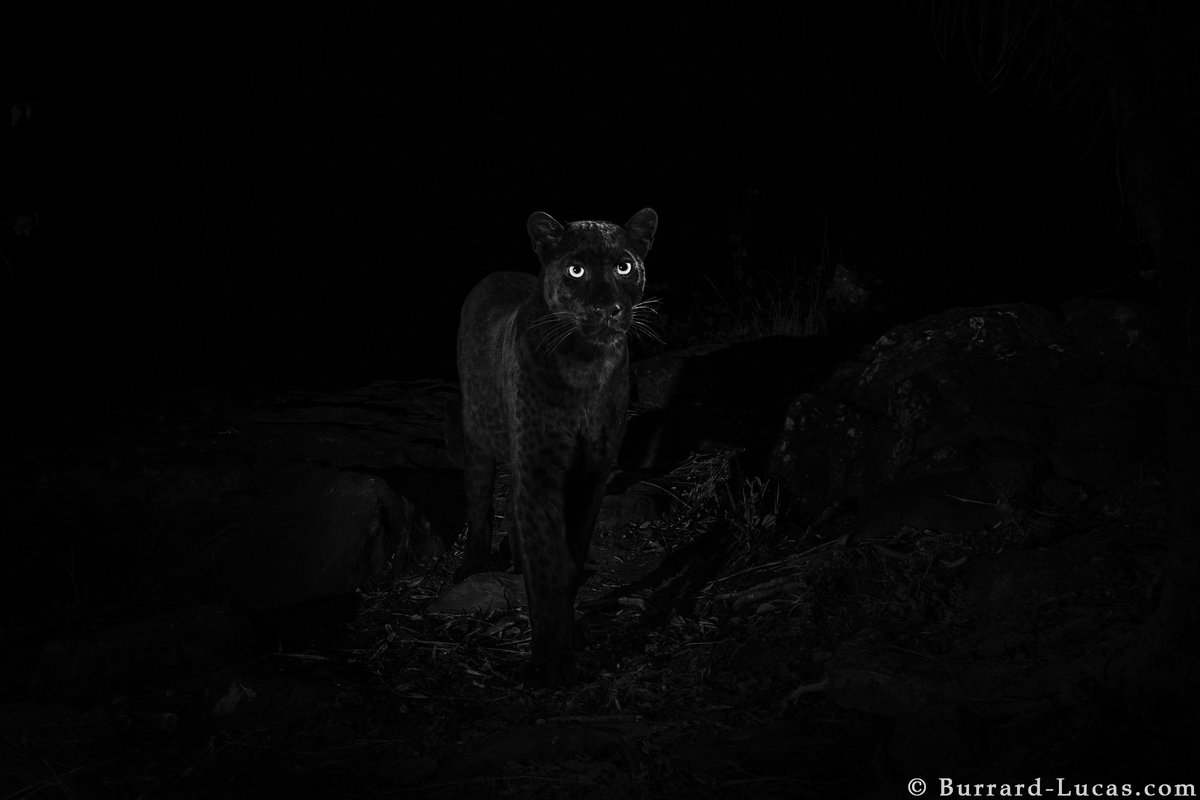 Will heard rumours of a black leopard at the Laikipia Wilderness Camp in Kenya.

After following leopard tracks through the undergrowth with a guide called Steve, Will settled on a place to set up his Camtraptions camera traps.

“I’m quite used to doing camera traps and not actually achieving anything because it is such a speculative thing — you don’t know if the animal you’re trying to get is going to come down the trail that you’ve set the cameras up on.” 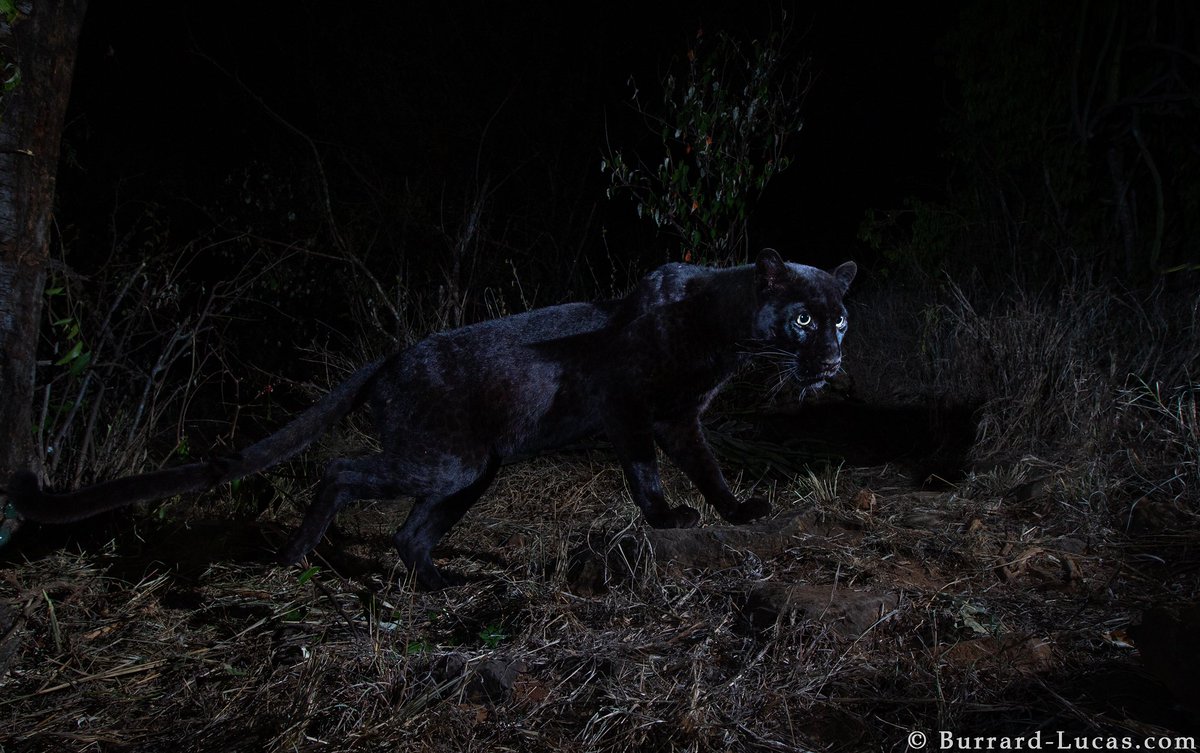 They weren’t sure whether the tracks they were following were those of the black leopard or a regular spotted one.

“I never get my hopes up, and after the first couple of nights I hadn’t got this leopard and I was beginning to think I’d be lucky if I get a photo of a spotty leopard, let alone this black one.” 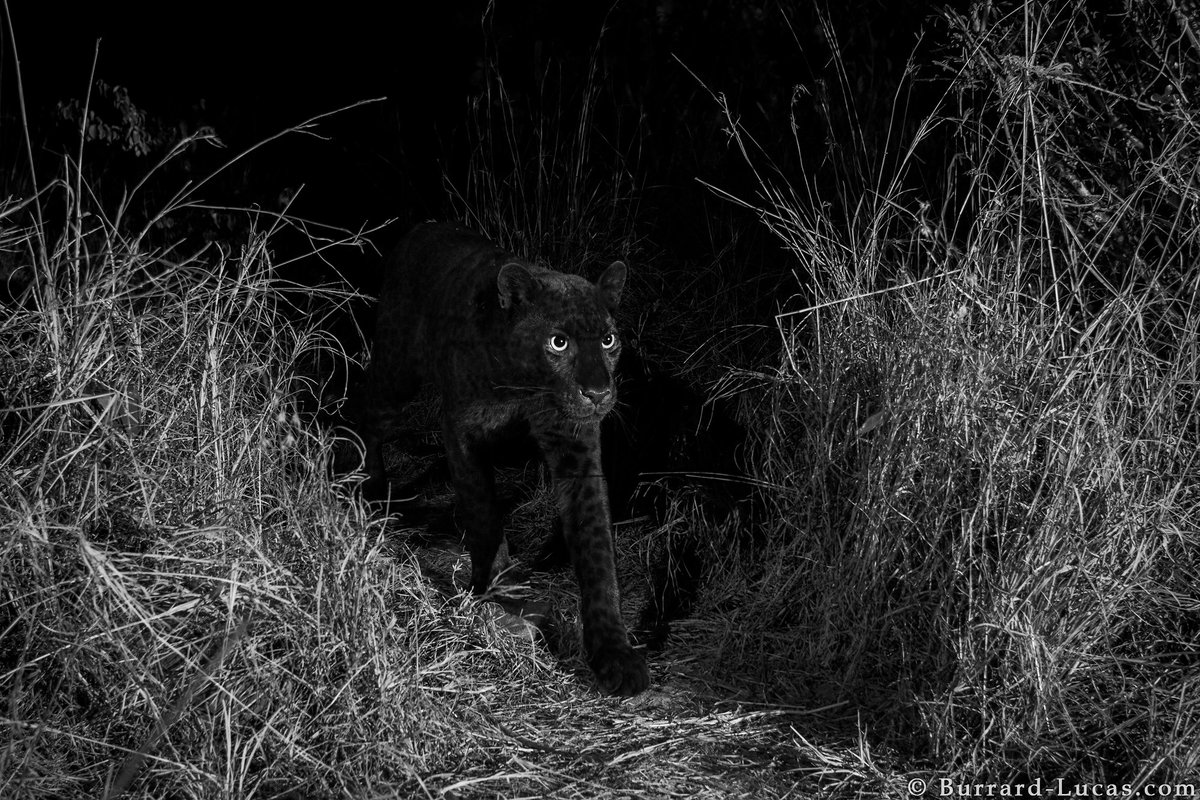 On the fourth night though, his luck was in.

The black leopard Will captured is a male and based on its size, thought to be around two years old.

“Collectively these are the first confirmed images in nearly 100 years of a black leopard in Africa, and this region is the only known spot in all of Africa to have a black leopard,” said Nicholas Pilfold PhD, lead researcher for a leopard conservation program in Laikipia County.