No one in history has made people laugh as much as Charlie Chaplin. Charles Spencer Chaplin was born in a […]

No one in history has made people laugh as much as Charlie Chaplin.

Charles Spencer Chaplin was born in a poor district of London, England, on April 16, 1889. His mother, Hannah Hill Chaplin, a talented singer, actress, and piano player, spent most of her life in and out of mental hospitals; his father, Charles Spencer Chaplin Sr. was a fairly successful singer until he began drinking.

After his parents separated, Charlie and his half-brother, Sidney, spent most of their childhood in orphanages, where they often went hungry and were beaten if they misbehaved. Barely able to read and write, Chaplin left school to tour with a group of comic entertainers. Later he starred in a comedy act. By the age of nineteen he had become one of the most popular music-hall performers in England.

Scroll down to see childhood photos of Charles Chaplin.

Charles Chaplin as a baby 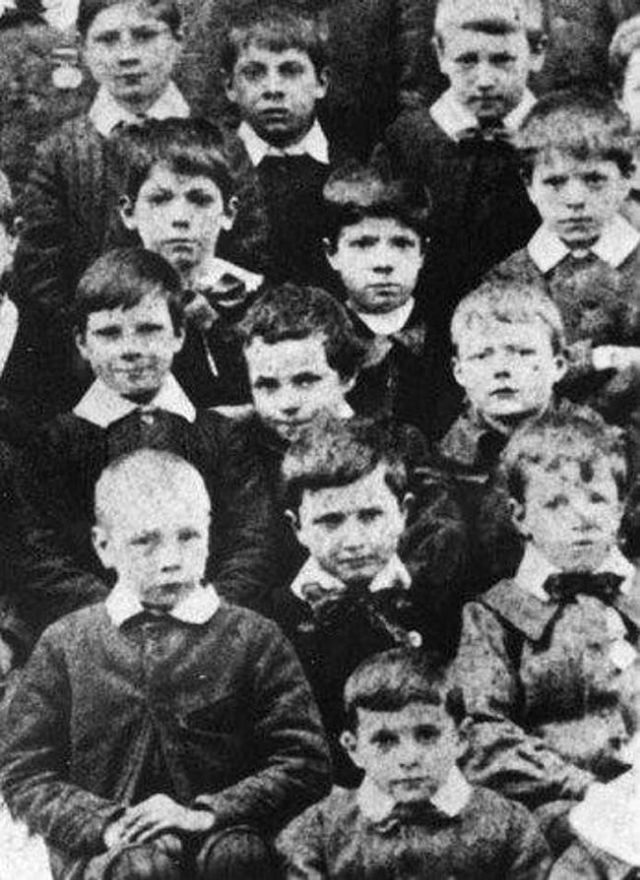 Charlie Chaplin at the Central London District School in Hanwell, 1897. Chaplin is in the centre of the third row. 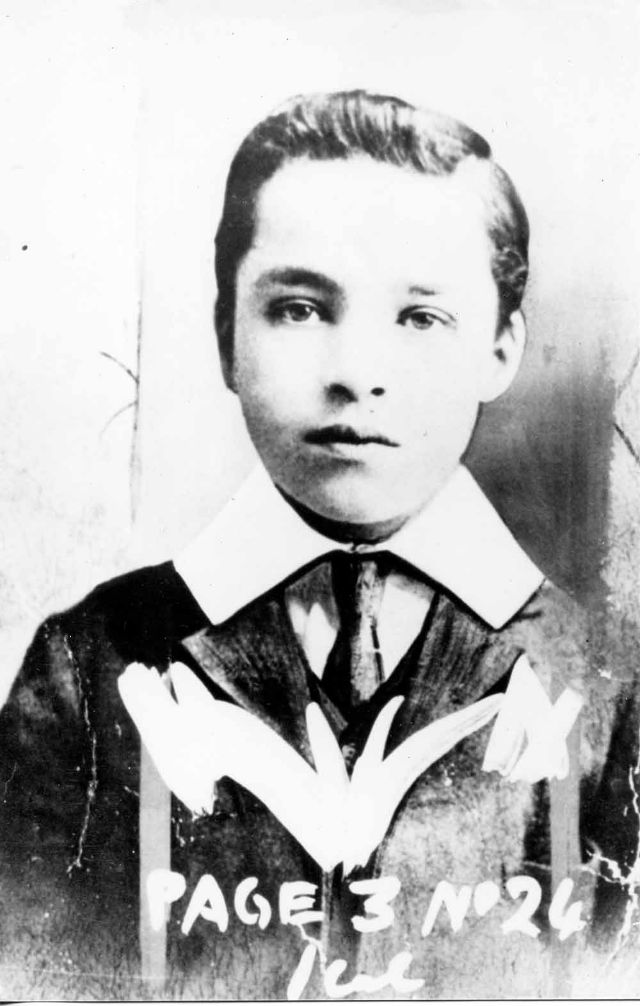 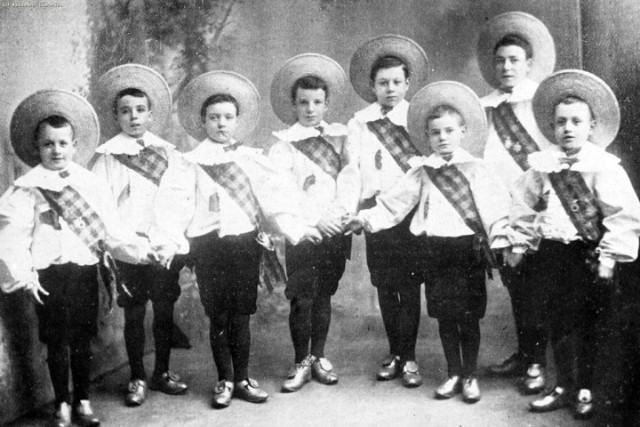 Charles Chaplin joins a tap-dancing group known as the Eight Lancashire Lads in 1899. 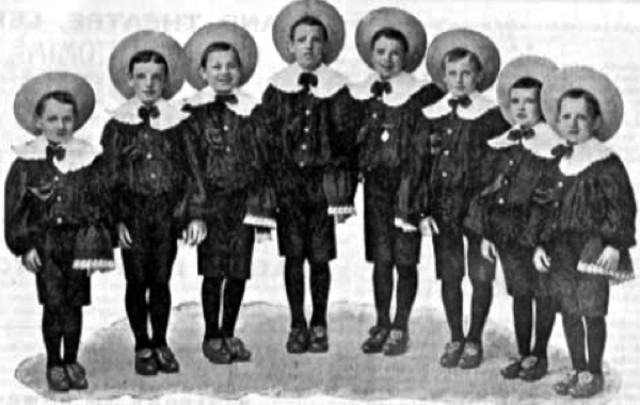 Charlie Chaplin performed with The Eight Yorkshire Lads at the Royal Cambridge Theatre of Varieties in Commercial St on Tuesday 24th October 1899. 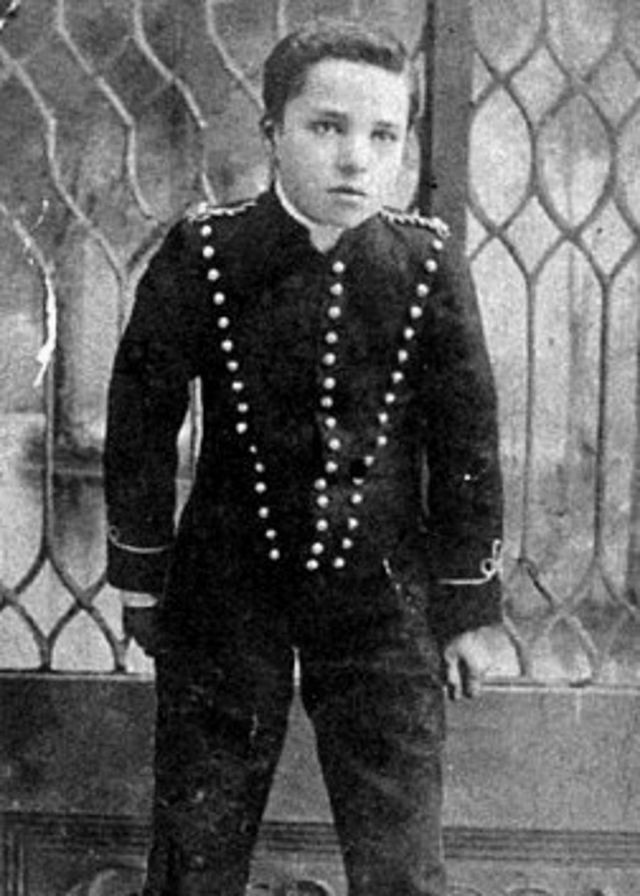 Charlie Chaplin, between age 14-16, appearing as Billy the Pageboy in the play Sherlock Holmes. Exact date unknown, but Chaplin appeared in the play between 1903 and 1906. Marriot suggests it was towards the end of his time in the play. 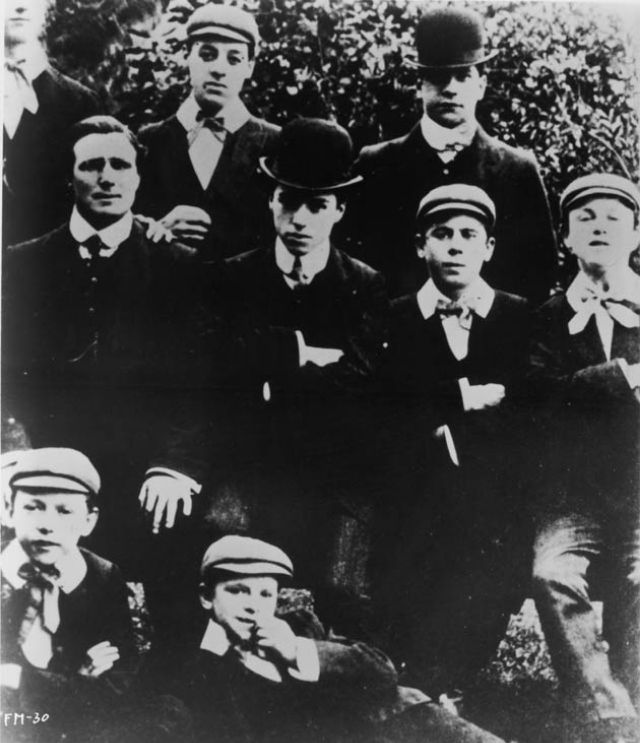 The Casey’s Circus company, 1906. Chaplin (in bowler hat) at Will Murray’s left and Herbert Kirk’s right.