Massachusetts Man says someone broke into his home, cleaned his bathrooms and bedrooms

A Massachusetts father was shaken when he returned home from work and saw that a door he typically leaves open was closed shut. Inside his house, he smelled chemicals and knew someone had broken in.

Except he learned the stranger who entered his house without permission didn’t steal anything, but instead cleaned it.

Nate Roman told CBS News that the May 15 incident initially made him panic.

“I went into protective parent mode when I saw that my son’s room had been cleaned and called the police,” he said.

“It’s possible that I forgot to lock the back door, they didn’t break anything while entering,” Roman explained on a Facebook post . “I usually forget to arm my alarm during the day, but unfortunately that also happened, so I don’t have any video, despite having cameras.”

“Ready for the weird part? Not only did they not take anything (that I can find), but the purpose of the visit was to clean my bathrooms and bedrooms. They made the beds, vacuumed the rugs, scrubbed the toilets and left [toilet paper] roses,” he wrote.

He posted an image of the decorative creation on Facebook.

I need to share an experience.Today, while I was at work, a stranger entered my house. It's possible that I forgot to…

Roman  inspected the house and found that every room had been cleaned, except his kitchen. Even his five-year-old son’s bedroom, which had been left messy, was now immaculate, complete with his stuffed animals being neatly arranged. 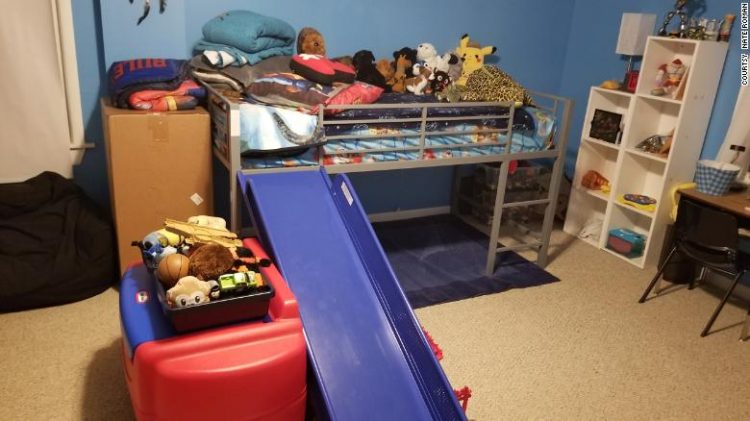 Roman’s Facebook post left many social media users wondering how they could get a benevolent person to clean their houses.

“I wish someone would make that mistake in my house,” one person shared. Others chimed in that they would leave their door unlocked in the future.