A mama bear and her five cubs decided to beat the heat in a backyard pool in northern New Jersey. […]

A mama bear and her five cubs decided to beat the heat in a backyard pool in northern New Jersey.

Tim Basso posted a video to YouTube showing a family of black bears swimming in his family’s backyard pool. 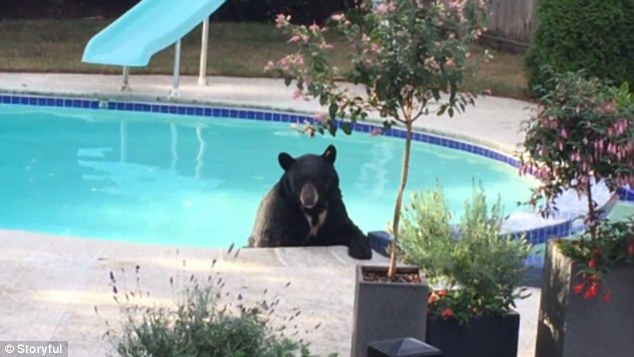 The video shows the young bears are quite relaxed at first – they bob around with only their heads above the water and appear to be content.

Later in the video the fluffy family become increasingly rowdy and began exploring the garden. 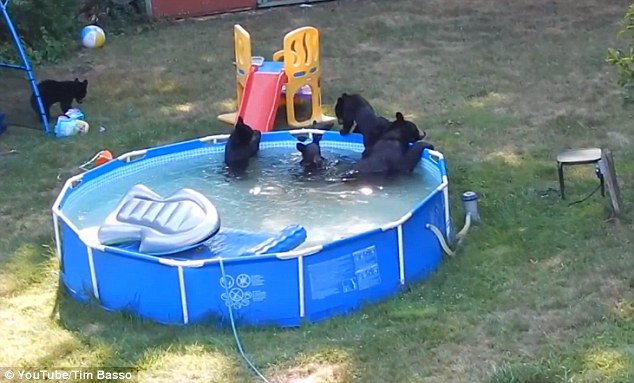 Basso, his wife and 3- and 5-year-old children can be heard talking about the bears in their yard, with one of the children saying, “I wish they were in someone else’s back yard.”

“No way! My floatie!” one of the distressed Basso kids can be heard saying.

The bears left after nearly an hour. 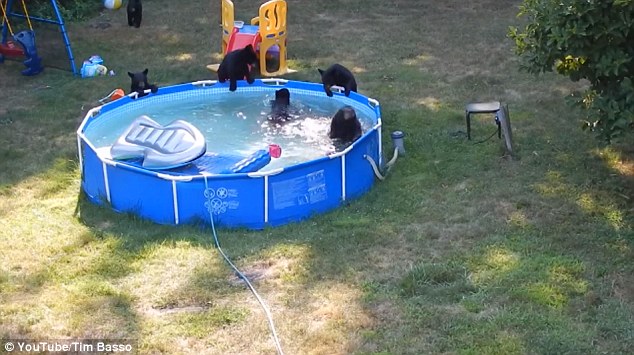 Now, you cannot blame the bears for wanting a dunk on a hot day – but it would have been polite to at least of asked for permission.