Artist couple build a cabin made of recycled windows (Video)

In 2012, somewhere within the vast forests of West Virginia, Lilah Horwitz, and her boyfriend Nick Olson were huddled in […]

In 2012, somewhere within the vast forests of West Virginia, Lilah Horwitz, and her boyfriend Nick Olson were huddled in a tent over a pot of rice and beans planning their way out of the rat race. In only a few months, on a modest diet of cheap canned and boil-able goods, the couple erected their own private cabin in the woods to support their newly unemployed lifestyle. 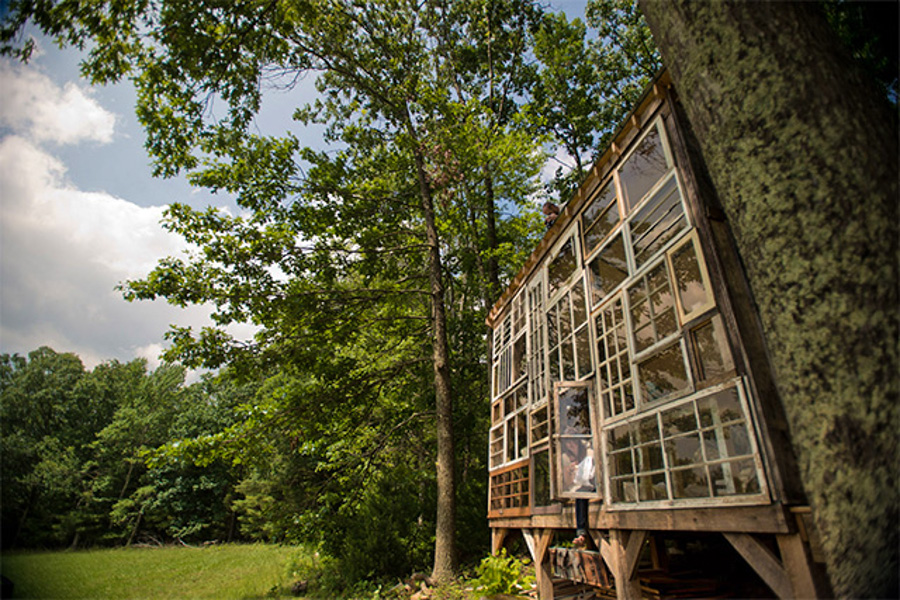 In their past life, Horwitz was a designer, and Olson a photographer and carpenter—though he prefers not to identify by his trades. “Sometimes the category can be woodworker, or log builder or photographer, and which one are they going to accept? And sometimes the easiest one is just saying you’re an artist.” Says Olson. 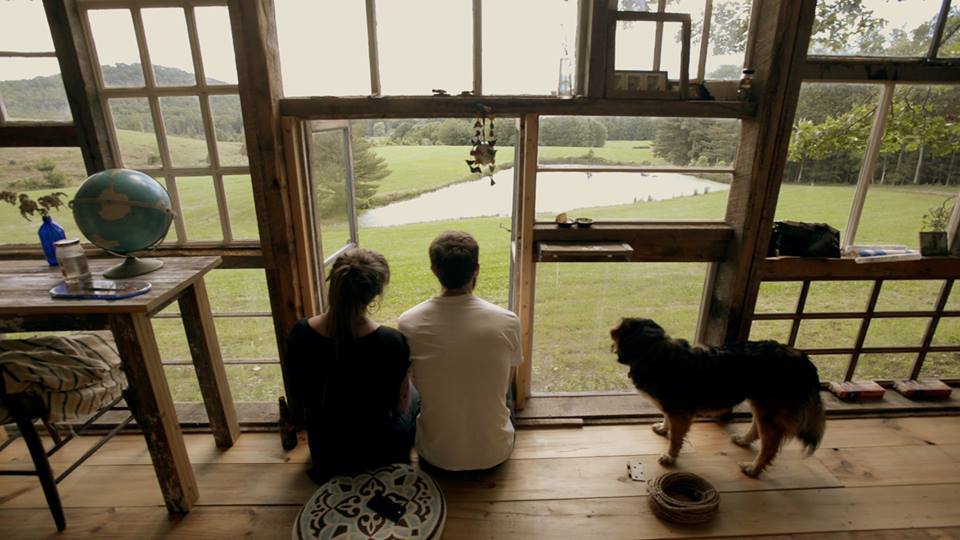 The couple chose this specific location as homage to their first date, where Olson brought Horwitz to watch the sun set over the West Virginia mountains. The front wall of their cabin is constructed entirely out of old windows, permeating the tiny home with bright, airy vibes and a repertoire of infinite sunsets. The rest of the structure is a product of repurposed wood from a nearby abandoned barn.

The whole project only took Horwitz and Olson a few months and a shoestring budget of $500 to complete—given there’s no electricity or plumbing and the land is owned by Olson’s family allowing them a drastic price reduction.

Still, their cabin in the woods serves as inspiration to the possibilities of simple living, contributing to an ever increasing movement of off-grid hopefuls and tiny-home junkies.

The couple currently live in Milwaukee and use the cabin as a getaway from the buzz of the city. 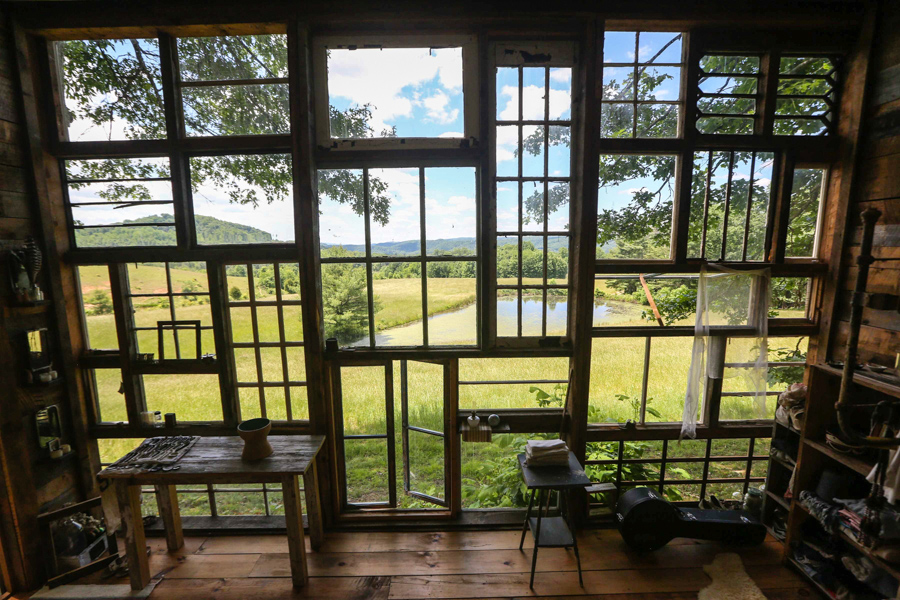