April 15, 2021 Homeowners got an incredible surprise after discovering a giant Monopoly board underneath their carpet. It appears the […]

Homeowners got an incredible surprise after discovering a giant Monopoly board underneath their carpet.

It appears the couple were in the process of renovating their home, when they decided to strip out the floor in one of the rooms.

Rather than old floorboards or even tiles, the pair found a hand-drawn supersized version of the popular board game.

A snap was shared to Reddit by one of the couple’s relatives, under the name Yamaha234. 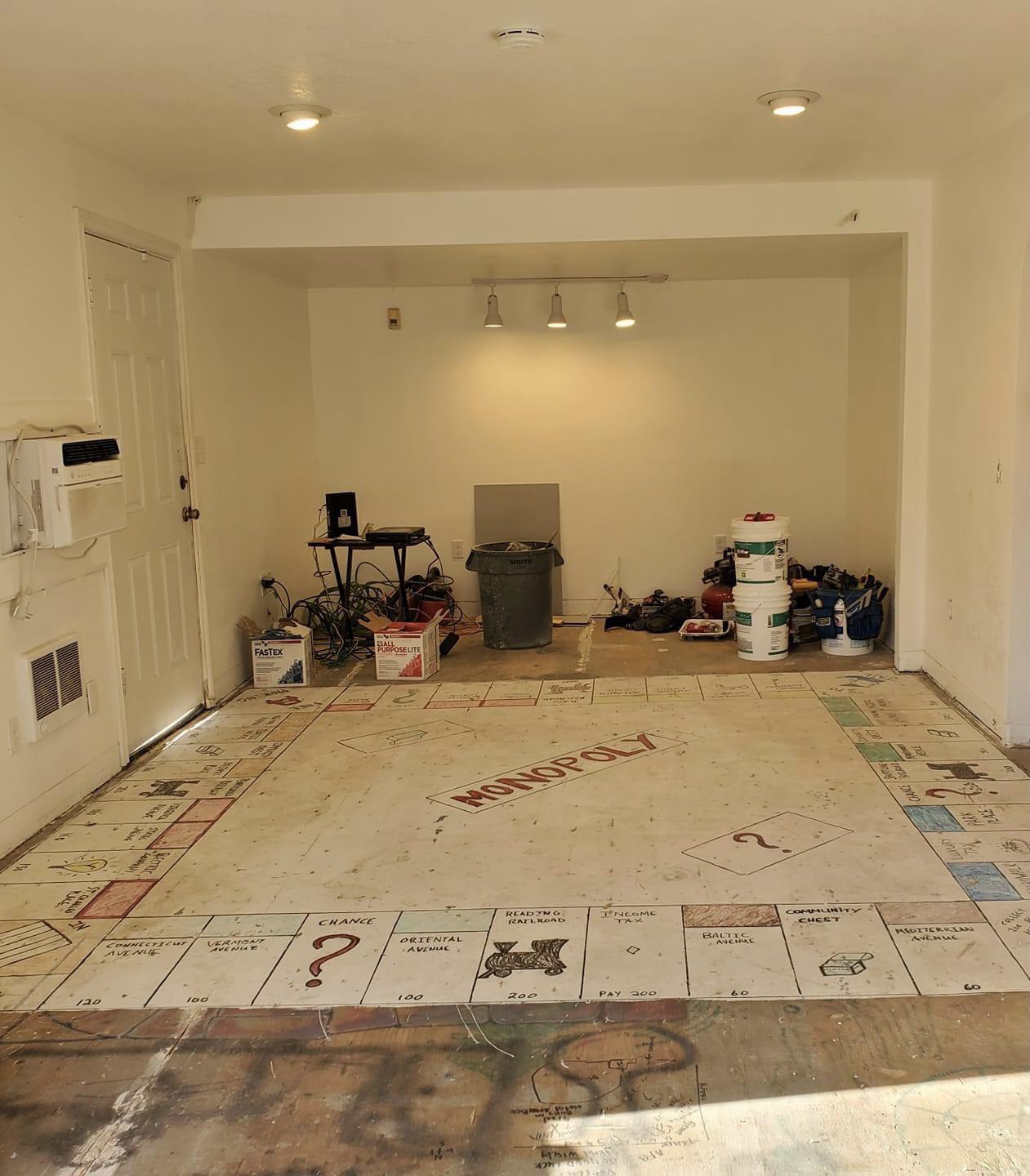 The room-sized Monopoly board is based on the classic U.S. version of the game, complete with Chance and Community Chest spaces, a jail, and railroads. Iconic sought-after spaces such as Park Place and Boardwalk also feature. The giant floor edition appears to have been hand-painted by the previous homeowners years ago.

According to one Redditor, painting board game boards onto basement floors was a popular design idea during the 1950s.

The snap quickly attracted attention on the site, with more than 1,000 people commenting on the quirky find.