8 Automobiles That Are Forbidden Fruit in America

Now that the Scion FRS is officially the JDM-style Toyota 86, and Ford’s Focus RS is on its way to our […]

Now that the Scion FRS is officially the JDM-style Toyota 86, and Ford’s Focus RS is on its way to our shores, American roads are becoming distinctly more international. But that doesn’t mean there aren’t a number of lust-worthy cars that still aren’t available to us — and probably never will be. Take the Land Rover Defender (R.I.P), an epic off-road vehicle that checked out of the U.S. market after airbag restrictions tightened in 1998. Today, there’s such a demand for them that people are willing to risk the wrath of the federal government to import them illegally.

Whether safety restrictions, marketing plans, or distribution issues stand in the way, American consumers still can’t get some of the coolest cars drivers around the world enjoy. Here are eight of the most lust-worthy models U.S. consumers would love to have but can’t. And please, try to resist the urge to smuggle them in. 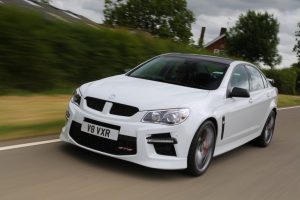 Vauxhall, a subsidiary of Opel (itself a subsidiary of GM in Europe), produces some slayers in its VXR performance division. Take the Vauxhall VXR8 GTS, for example. If it looks a bit familiar, that’s because it’s a close cousin to the 415 horsepower Chevy SS sedan. But this quad-exhaust monster packs a 6.2-liter Eaton supercharged V8 capable of 576 horsepower and 545 pound-feet of torque. And while the Chevy can go from zero to 60 in 4.7 seconds, the big Brit can do it in 4.2 seconds, and top out at 155 miles per hour. 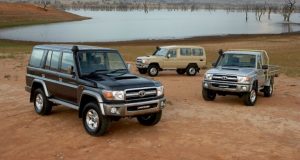 In America, the Toyota Land Cruiser has evolved from a spartan workhorse to an $80K-plus premium luxury SUV. But in Asia and Australia, our Land Cruiser is the range-topping LC200, and the base model is the 70 – a boxy, no-frills model that has been largely unchanged since 1984. Available as a two-and four-door pickup, wagon, and “troop carrier,” the 70 range would go over huge with old-school 4×4 fans over here, and with the five-door wagon starting at around $44K ($59K Australian), Toyota might be able to find quite a few buyers for it. But with safety and fuel economy standards rising every year, don’t expect the 70 range to reach our shores before they qualify for the 25 year import exemption rule. 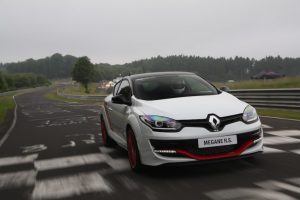 The Ford Focus RS is here, and the Honda Civic Type-R is on its way, giving us unenlightened Americans a taste of the European hot hatch arms race. But there’s a crucial player missing: The Renault Mégane RS 275 Trophy-R, the car that’s been at war with Honda for years over the fastest front-wheel drive lap record at the Nürburgring. But despite Renault’s partnership with Nissan, it has no plans on a U.S. presence. That’s a shame, because the idea of a 275 horsepower, 160 mile per hour subcompact that can scramble from zero to 60 in 5.8 seconds, stick to the road like glue, and returns a combined 37 miles per gallon sounds like music to our ears. 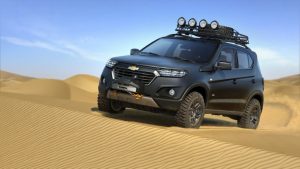 In 1977, Russian automaker Lada famously “put a Renault 5 on a Land Rover chassis,” and launched the Niva, an un-killable five-door hatchback built on a lifted 4×4 platform. While that car is still available today as the Lada 4×4 (and starting at the mouth-watering price of just $6,800), the Niva name has been given to a modern model jointly developed with Chevrolet that lives up to the ruggedness of the original.

The Chevy Niva looks a bit like the 2016 Sonic, albeit with a snorkel, roof lights, a silver skid plate, tow hooks and winch, and many other features that make it a candidate for ultimate off-road warrior. With so many milquetoast compact crossovers flooding our street, we’d love it if Chevy started bringing the ass-kicking little Niva over here, but then again, we aren’t holding our breath. 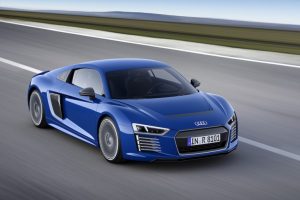 We may get the Tesla P90D, with its 762 horsepower electric motors that put most supercars to shame. But Europe gets an actual electric supercar with the R8 e-tron, a hand-built to order take on Audi’s venerable R8. With 456 horsepower and 678 pound-feet of torque, it may not be as powerful as the Tesla, but you can’t tell us that half of Silicon Valley wouldn’t line up to buy one of these. 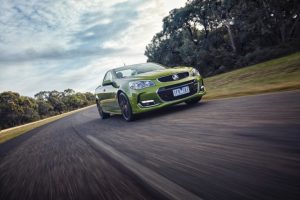 When is the El Camino coming back? Though rumors about an El Camino revival abound, the iconic Chevy hasn’t been in U.S. showrooms since 1987. Out in Australia, where the idea of a coupe utility vehicle originated back in in 1934, the El Camino lives on in the Holden (GM) Ute. The Ute’s SSV Redline model offers over 400 hp and 420 pound-feet of torque from its 6.2 liter LS3 V8. Unfortunately, Australia’s most famous car company is on its last legs. After 2017, the Ute and the rest of the Holden lineup will cease production in Australia. 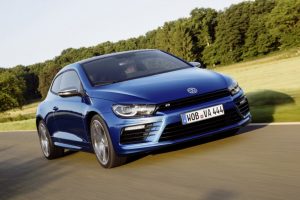 It can be considered a Golf with a pulse, a hot hatch with attitude, or something entirely different altogether, but in any event the Volkswagen Scirocco R is not available in on our side of the Atlantic. Equipped with 276 horsepower to its front wheels, the Scirocco R trails the rear-wheel Golf R (290 hp) slightly in output, but still roasts the Golf GTI (210 hp). Autoblog reviewers who have handled the Scirocco R abroad tend to gush about the car’s heart-racing character as much as its low-slung style. 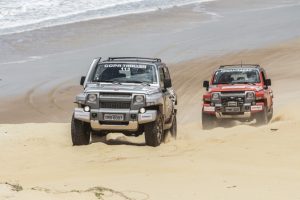 If ford really wanted to score brownie points with its upcoming Bronco revival, it would just import the Troller T4 from Ford Brazil and call it a day. Introduced in May 2014 in May 2014 at a Sao Paolo exhibition, the Troller packs a 3.2-liter diesel engine mated to manual transmission, a two-panel sky-roof, air intake to connect a snorkel for deep water traveling, and a front guard and running boards integrated into the exterior design. Unfortunately, U.S. safety and emissions standards prevent the Troller from ever reaching our shores, but we can still dream…