Have you ever noticed that cats love to sit in the strangest places? As it turns out, this might not […]

Have you ever noticed that cats love to sit in the strangest places?

As it turns out, this might not just be a case of odd behavior from our feline friends. A curious cat owner conducted an experiment of his own to see how his cat responds to circles and the result was hilarious.

The man, identified only as Reddit user, Admancb, noticed his cat had a peculiar behavior. Every day, the funny feline would position himself inside a coil of wire. For some bizarre reason, the cat favored the spot. But then, the man wondered if it wasn’t the spot his cat favored. What if it was the circle?

Employing the scientific method, the man set out to conduct an experiment of his own and test it on his cat. First, he bought some red tape and places a circle (ish) shape on the floor. Then…he waited. 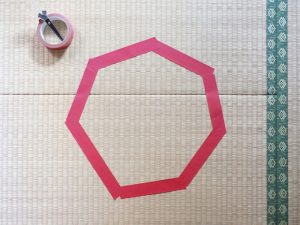 Sure enough, the cat came and sat inside the circle. The furry friend favored the enclosed space like a child favors a teddy bear. 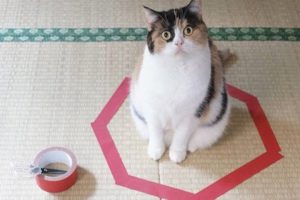 And it wasn’t JUST this man’s cat. After the story got picked up on Reddit, people everywhere were posting about their cats love of circles. 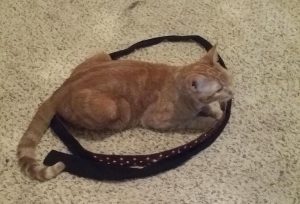 It doesn’t matter the size, shape, or texture, these cats have a thing for round spaces. Animal behaviorists hypothesize that some cats may be inclined toward closed spaces because it provides a feeling of comfort, enclosure, and security.

Others speculate these cats are just waiting for somebody to beam them up to their home planet. And while not all cats respond the same way, some are rather skilled as being furry little circle-loving oddballs. 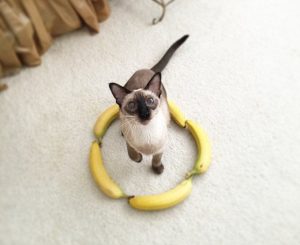