One French police officer was seriously burnt and two others injured in clashes at a May Day demonstration in Paris on Monday in which protesters threw Molotov cocktails and other missiles.

Television pictures showed policemen trying to shake flames from their riot gear, and of tear gas enveloping the streets around Paris’ Bastille monument. 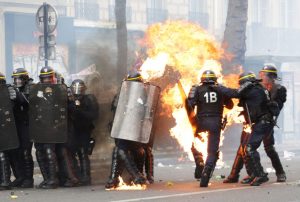 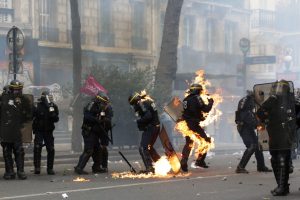 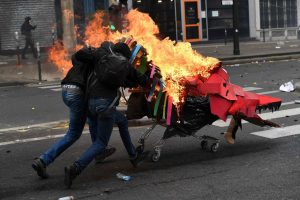 According to the Guardian, the street battle with the police began shortly after the Paris march, attended by thousands of participants, set off from Place de la Republique. A group of some 150 masked protesters armed with Molotov cocktails, stones and sticks forced their way to the front of the march and started lobbing missiles at the police, which responded with tear gas.