Raelene MacDowell and her husband, Ted, were married in 1964 and had three children of their own. They decided to take care of […]

Raelene MacDowell and her husband, Ted, were married in 1964 and had three children of their own.

They decided to take care of other people’s babies in need.

The couple took in their first foster child in 1978.

MacDowell and her husband, Ted MacDowell have fostered more than 630 children since 1978. 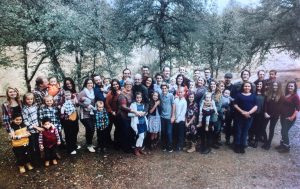 «We decided that taking care of other people’s babies while they get themselves help or treatment is what we wanted to do,» MacDowell said.

MacDowell said the children she has fostered were born being exposed to drugs by their birth mothers, or the victims of physical abuse.

Today, the MacDowells have a total of 10 children, including seven whom they’ve adopted over the years. They now have 28 grandchildren and five great-grandchildren.

MacDowell has also worked as the first Foster Parent Liaison for the Shasta County Social Services since 1999, mentoring other foster parents or those who want to adopt.

Because county employees are not allowed to foster local children, MacDowell took a hiatus from being a foster mom. But in April MacDowell retired. Days later, she was holding a new baby girl in her arms.