The 2017 Detroit Auto Show brought many surprises and the 2018 Infiniti QX50 was one of them. It dragged a lot of attention during the show and the Japanese automaker can be very satisfied. The new model has brought some improvements such as the new VC-Turbo compression ratio engine. The revolutionary technology is the biggest improvement this year, but it’s not the only one. Generally, the vehicle looks more muscular and has some new design features.

The 2018 Infiniti QX50 is a luxury compact SUV. The base model costs around $35,000 which are a fair price and above the average in this class of SUV’s. The new Infiniti is expected to hit the market sometime in early 2018 with the official unveiling being expected by the end of 2017. 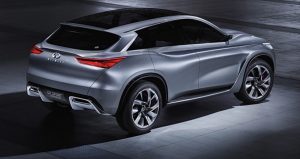 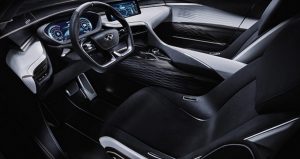