Children among 22 dead in suicide attack at Ariana Grande concert

A suicide bomber has killed 22 people  in an explosion that tore through fans leaving an Ariana Grande pop concert in Manchester.

At least 59 people were also injured in the blast.

Children were among 22 people killed in a suicide attack.

Around 21,000 people are reported to have been at the concert at the time of the explosion.

“This has been the most horrific incident we have had to face in Greater Manchester and one that we all hoped we would never see.”

“Families and many young people were out to enjoy a concert at the Manchester Arena and have lost their lives.”

“We have been treating this as a terrorist incident,» Hopkins said. «Our priority is to establish whether he was acting alone or as part of a network.”

Police said emergency services received 240 calls after the incident and victims were taken to eight hospitals.

White House Press Secretary Sean Spicer said President Donald Trump’s national security team was keeping him up to date while he is in Israel. 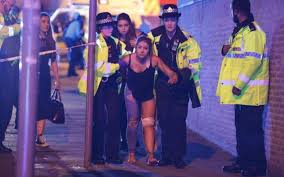 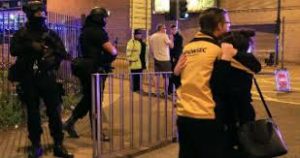 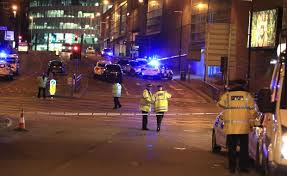