The man who murdered 22 people  and injured 59 others has been named as Salman Ramadan Abedi. Abedi born in Manchester and […]

The man who murdered 22 people  and injured 59 others has been named as Salman Ramadan Abedi.

Abedi born in Manchester and grew up in tight-knit Libyan community. He had become radicalised recently — it is not entirely clear when. 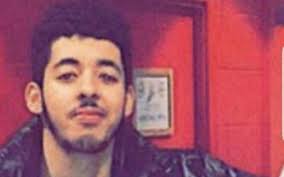 Abedi’s parents were Libyan refugees who fled to the UK to escape Gaddafi.

His mother, Samia Tabbal, 50, and father, Ramadan Abedi, a security officer, were both born in Tripoli but appear to have emigrated to London before moving to the Whalley Range area of south Manchester where they had lived for at least a decade.

Abedi went to school locally and then on to Salford University in 2014 where he studied business management before dropping out.

Friends said he smoked cannabis and showed little interest in religion until about a year ago when he started spending time with different friends.

One said: “It was like a turning point. He suddenly started hanging out with people I’d never seen before and not his old friends.”

Another said: “He was just a normal kid — not one of those who ever particularly stood out.”

A school friend told The Times: «He went to war-torn Libya three weeks ago and came back recently, like days ago.»

Both Islamic State and al Qaida have a presence in Libya, but the possibility remains that Abedi travelled to their heartland in Syria for training.