The eldest son of former Mexican president Ernesto Zedillo Ponce de Leon has sold his six-bedroom mansion in Coconut Grove, Florida, for $5.082 million, a record price for a non-waterfront home in the area.

Hammock House is located in the exclusive gated Camp Biscayne. The modern home has marble flooring throughout, a heated salt-water pool, hot tub and summer kitchen. A living space encased in windows juts out into the lush tropical foliage of the backyard, images of the home show.

There is also a modern, window-lined guest house separate from the main residence.

Zedillo Velasco’s father was president of Mexico from the December 1994 to November 2000, and is currently the director of a globalization center at Yale University in addition to being on the board of directors at Citigroup. 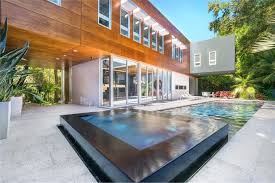