Colour-Changing LED Eyelashes Are Coming, And Here’s What They Can Do

A new type of fake lashes is coming and you’ve never seen anything like it before… Say hello to F. […]

A new type of fake lashes is coming and you’ve never seen anything like it before… Say hello to F. Lashes!

Most of the time, fake lashes can give you length and volume, but now…they can also make you glow, literally!

F. Lashes are basically what the name says – flashy lashes. Created by designer Tien Pham, these false lashes are put on with eyelash glue, just like any others, but what makes them different is that they glow. Made with actual LEDs, the lashes come in pink, red, blue, light blue, white, yellow and green, and they have different modes, including scroll, dance and sparkle, that can be switched by the click of a button. How exactly do they work? 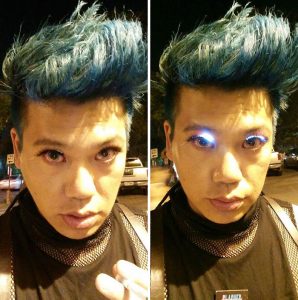 “They are powered by a watch battery and will last up to 4 hours,” Pham says.

“I wanted to keep them lightweight because the controller is attached to the back of your head by hair clips. There ARE thin wires that connect to each eyelash, but they are nearly invisible unless someone is close to you.” And in case you’re wondering – the light is not blinding.

“In fact, I often can’t tell I have them turned on,” Pham says.

The only downside is that the lashes aren’t available quite yet – they’ll launch on Kickstarter somewhere around mid-July. Luckily, July isn’t too far away, so you can start getting excited now! 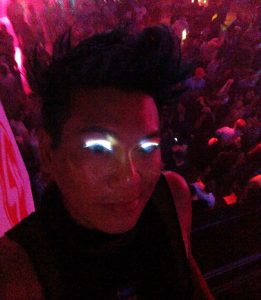