Several people have died after a huge fire ripped through a west London tower block, with many residents still missing amid reports […]

Several people have died after a huge fire ripped through a west London tower block, with many residents still missing amid reports of people trapped on upper floors as flames tore rapidly up the building.

Up to 600 people are believed to have been inside 120 flats in the 24-storey Grenfell Tower when the blaze began. At least 50 injured people were taken to hospital — it is unclear how many managed to get out safely.

As an investigation into the cause of the fire began, residents reported that fire alarms had not sounded and that they were told to “stay put” in their flats. Sadiq Khan, the Mayor of London, said “questions need to be answered as soon as possible”.

Nick Paget-Brown, the leader of Kensington and Chelsea Borough, said “several hundred” people would have been in the block when the fire broke out. A “significant number of people”remain unaccounted for.

More than 200 firefighters were called to the block on the Lancaster West Estate, in north Kensington, at about 1.15am.

London Fire Commissioner Dany Cotton confirmed that there have been a “number of fatalities” in the “unprecedented incident”. She said the cause of the blaze was unknown.

Actor and writer Tim Downie, who lives around 600 metres from the scene in Latimer Road, said he feared the block could collapse.

He said: “It’s horrendous. The whole building is engulfed in flames. It’s gone. It’s just a matter of time before this building collapses.”

Fire chiefs said a structural engineer is monitoring the stability of the building, which “continues to be safe for our crews to go and work in”. 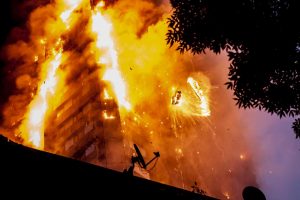 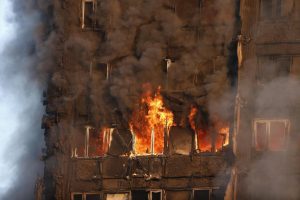 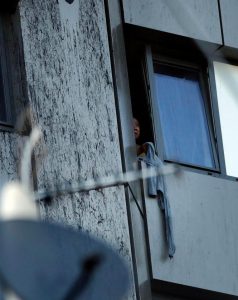