A bereaved husband painstakingly planted a tribute to his late wife, Janet using 6,000 oak trees to imprint a giant […]

A bereaved husband painstakingly planted a tribute to his late wife, Janet using 6,000 oak trees to imprint a giant heart-shaped meadow in the middle of his 112-acre farm in South Gloucestershire, England.

The couple were married in Stroud in 1962, but their fairytale ended when
Janet died suddenly from heart failure in 1995, aged just 50. 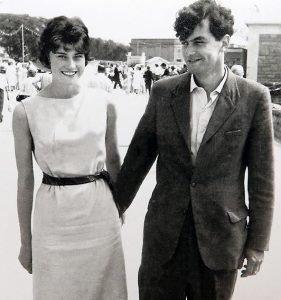 To mark her legacy, Winston hired a gardener and spent weeks planning and
setting out each oak, carefully marking out the acre-long heart in one half
of the grass.

Proud Mr Howes said: “I came up with the idea of creating a heart in the
clearing of the field after Janet died.

“I thought it was a great idea – it was a flash of inspiration – and I planted
several thousand oak trees.

“Once it was completed we put a seat in the field, overlooking the hill near
where she used to live.

“I sometimes go down there, just to sit and think about things. It is a
lovely and lasting tribute to her which will be here for years.”

The transport businessman could not believe his eyes when he discovered the symbol of love hidden among the trees.

He said: «I have my own balloon and am quite a regular flyer — but this was the most amazing sight I have ever seen from the sky.

«It was a perfect heart hidden away from view — you would not know it was there.

«You can just imagine the love story.»