Tim Hague was a UFC fighter who later turned into a boxer, who died on June 18th, 2017 after a traumatic brain injury from his first boxing match on Friday.

The fight took place in Canada and was reported to have been put together at the last minute. For his first boxing match, Hague demanded to fight against boxer Adam Braidwood, a former Edmonton Eskimos defensive end.

Hague made the transition from MMA to boxing last summer, according to the Associated Press. Before his professional fighting career, the 34-year-old was a kindergarten teacher. 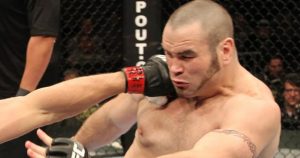 Obviously, Hague and McGregor are in very different categories when it comes to skills and experience.  But the thought of a death happening in the boxing ring in another cross-sport fight worries a lot of people.

Comparing MMA and boxing, MMA is known to be far more violent. Boxing, on the other hand, consists of longer fights, so avoiding as many blows as possible is key.