TUESDAY, JULY 11, 2017 At least 16 dead after a US Marine Corps transport plane crashed into a soybean field […]

At least 16 dead after a US Marine Corps transport plane crashed into a soybean field in rural Mississippi on Monday.

It was not clear whether there were any civilians on the plane.

Officials were still searching for bodies after nightfall, more than five hours after the KC-130 spiraled into the ground.

Firefighters tried to put out the fire at the main crash site but withdrew after an explosion forced them back. 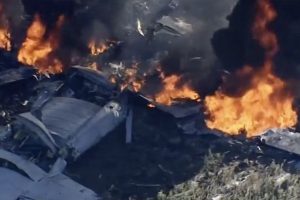 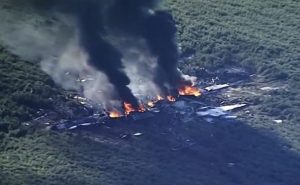 Mississippi Governor Phil Bryant released a statement about the crash on his Facebook page saying: “Please join Deborah and me in praying for those hurting after this tragedy. Our men and women in uniform risk themselves every day to secure our freedom.”

Officials did not release information on what caused the crash or where the flight originated.