13-year-old called police officer to tell him that he was planning to run away. A Cop Looks Inside His Empty Room

13-year-old Cameron Simmons from Sumter, South Carolina, called police officer  to tell him that he was planning to run away. […]

13-year-old Cameron Simmons from Sumter, South Carolina, called police officer  to tell him that he was planning to run away.

Officer Gaetano Acerra went to the house to investigate.

The boy said he’d had a fight with his mother and didn’t want to live there anymore.

When Cameron took Acerra to his room, the officer found it completely empty. He didn’t even have a bed. 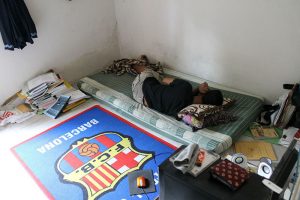 Cameron’s mom had fallen on hard times when the family moved from Texas to South Carolina so they could care for a sick relative.

When officer Acerra saw the boy’s situation, he knew he had to help. So a few weeks later he returned with a desk, a chair, a television and a queen-sized bed for Cameron. He even gave him a Nintendo Wii that somebody had donated after hearing about the teenager’s story. 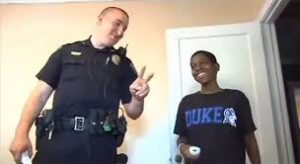 Cameron was shocked to tears. His grateful mother was in complete disbelief. And after the story went viral, people from all over the world began making contributions to the family.